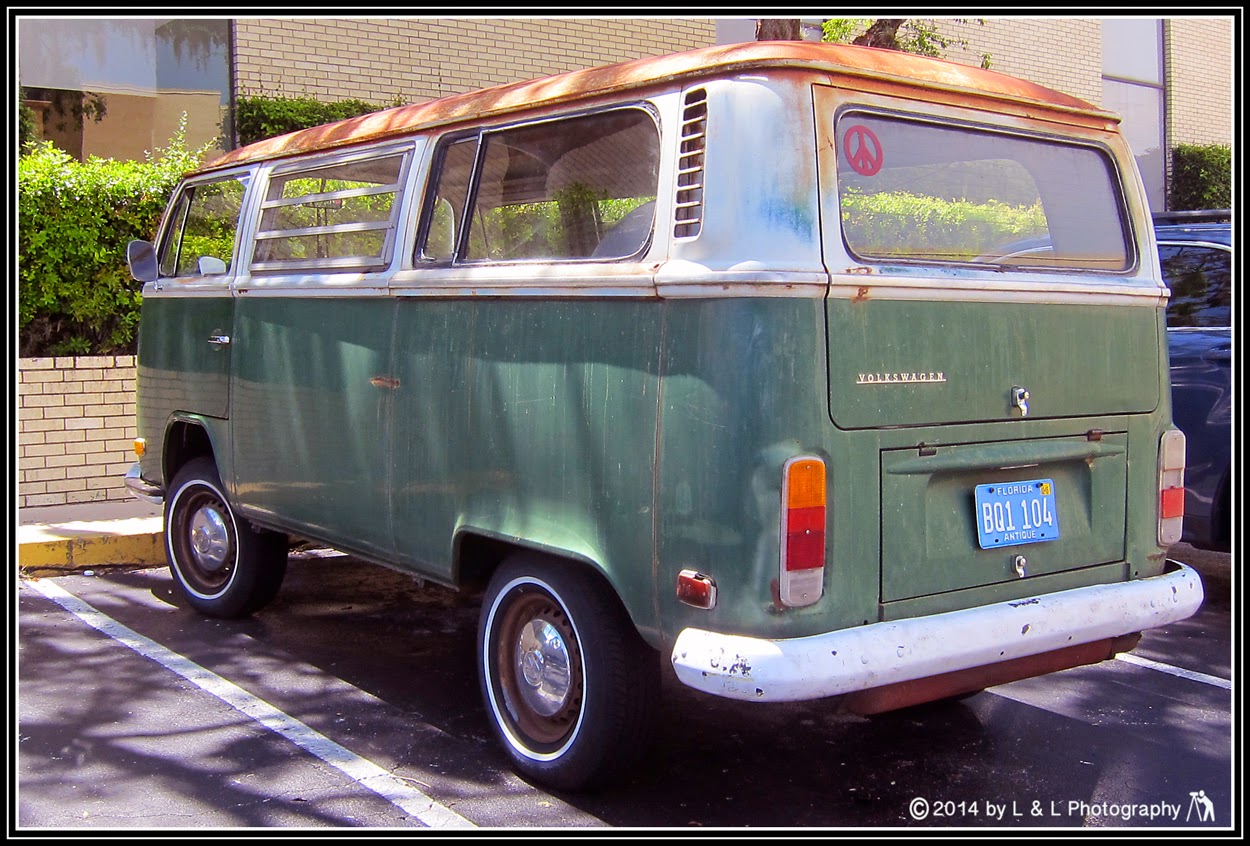 We will be going on hiatus for a time. Best wishes to all and remember, spring is just around the corner.
Posted by Lowell at 5:30 PM 28 comments:

A scenic and romantic road among the horse farms - Happy Valentine's Day! 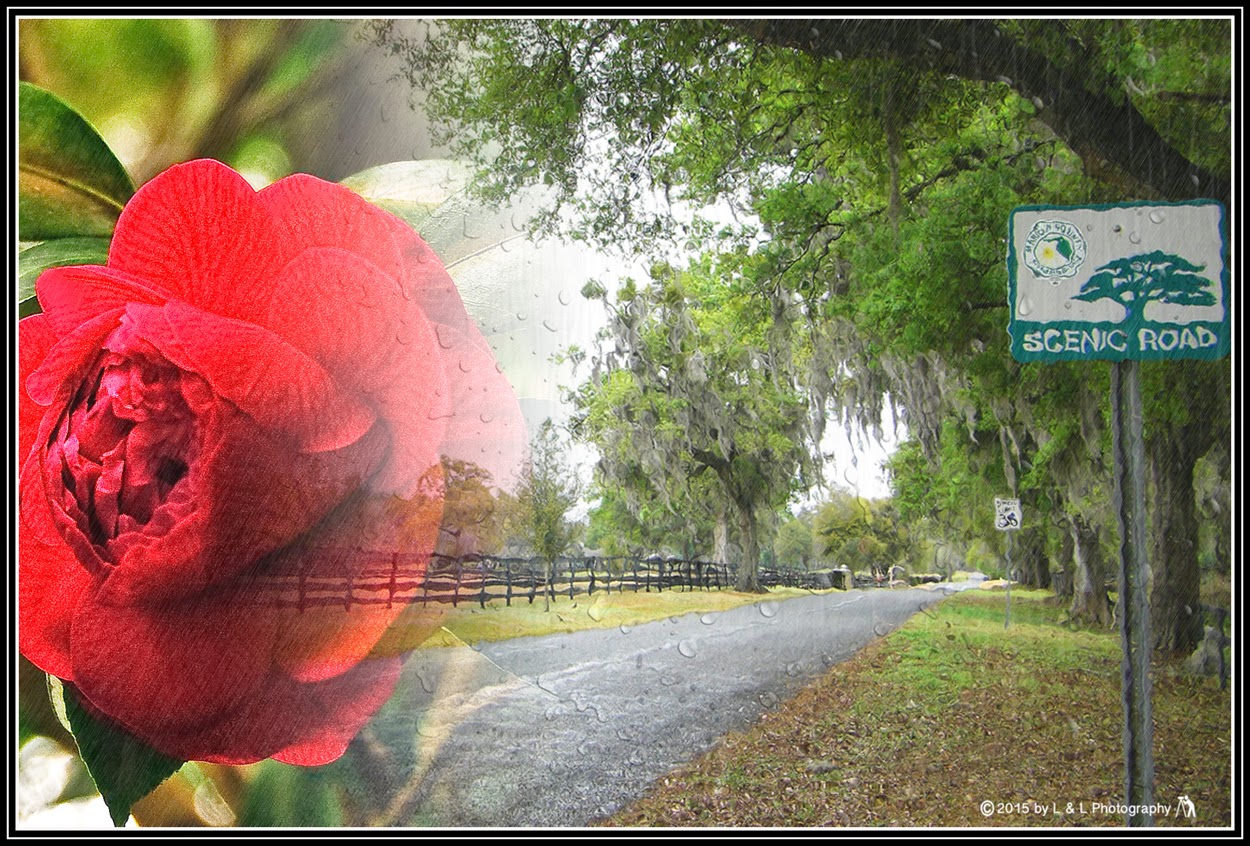 A tale of two benches 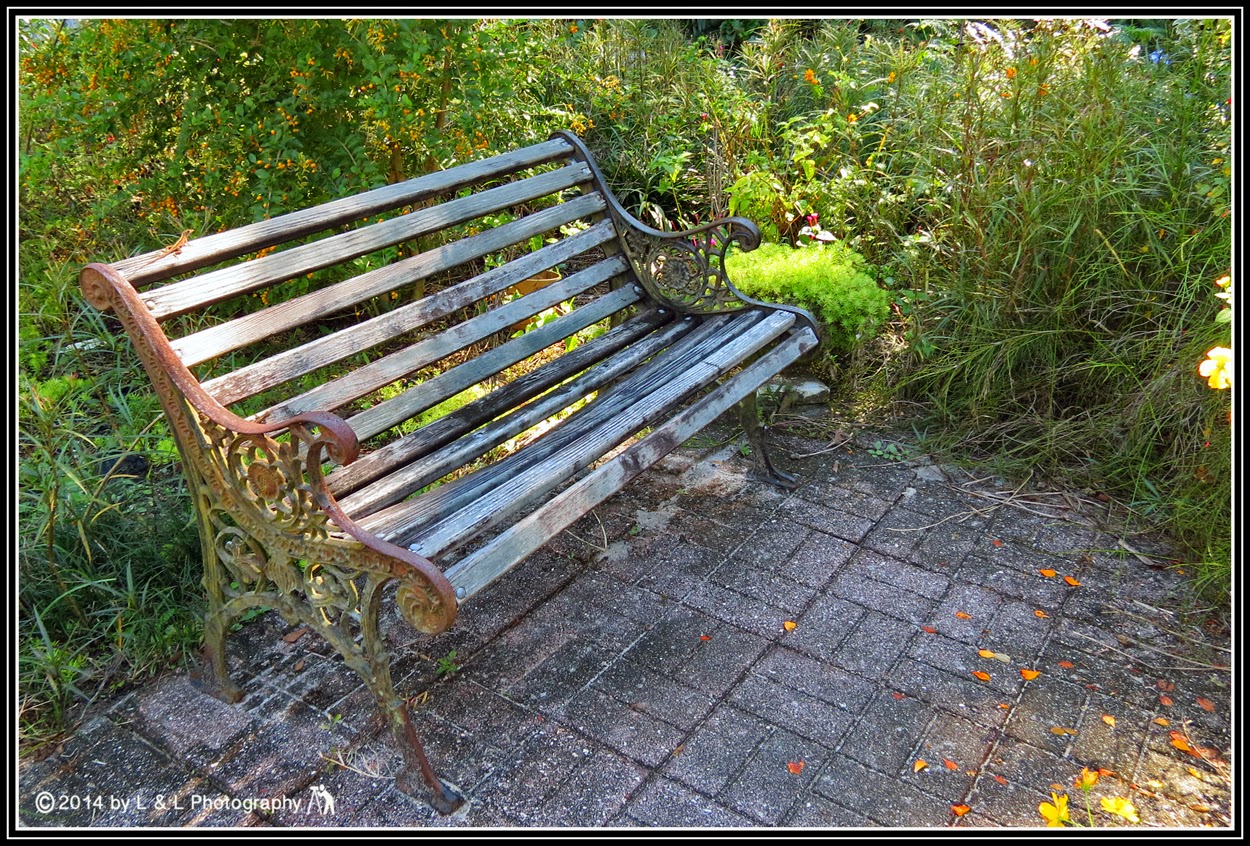 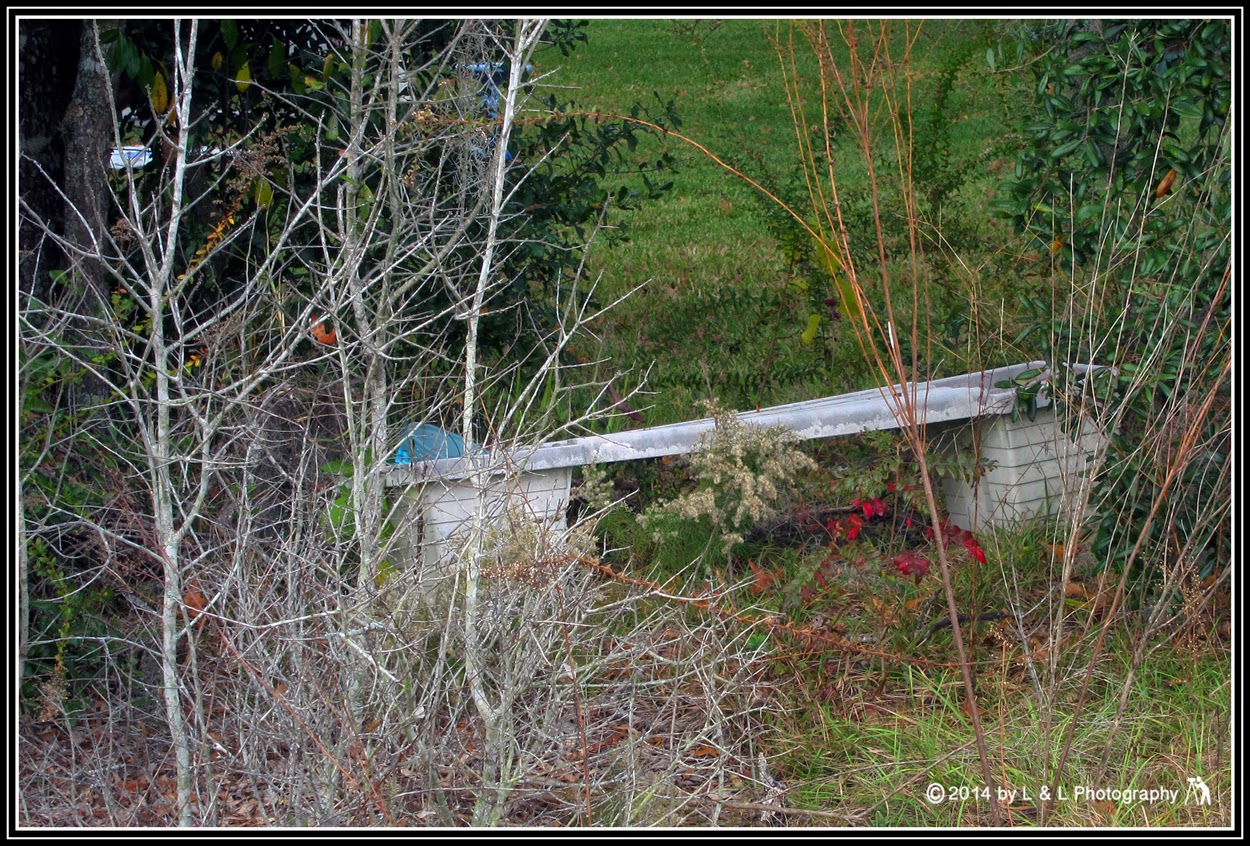 The first bench, located in a garden, appears to be functional, although not very attractive. The second bench, however, seems to have lost all of its original usefulness and might even be dangerous to sit upon.
Posted by Lowell at 4:00 PM 19 comments: 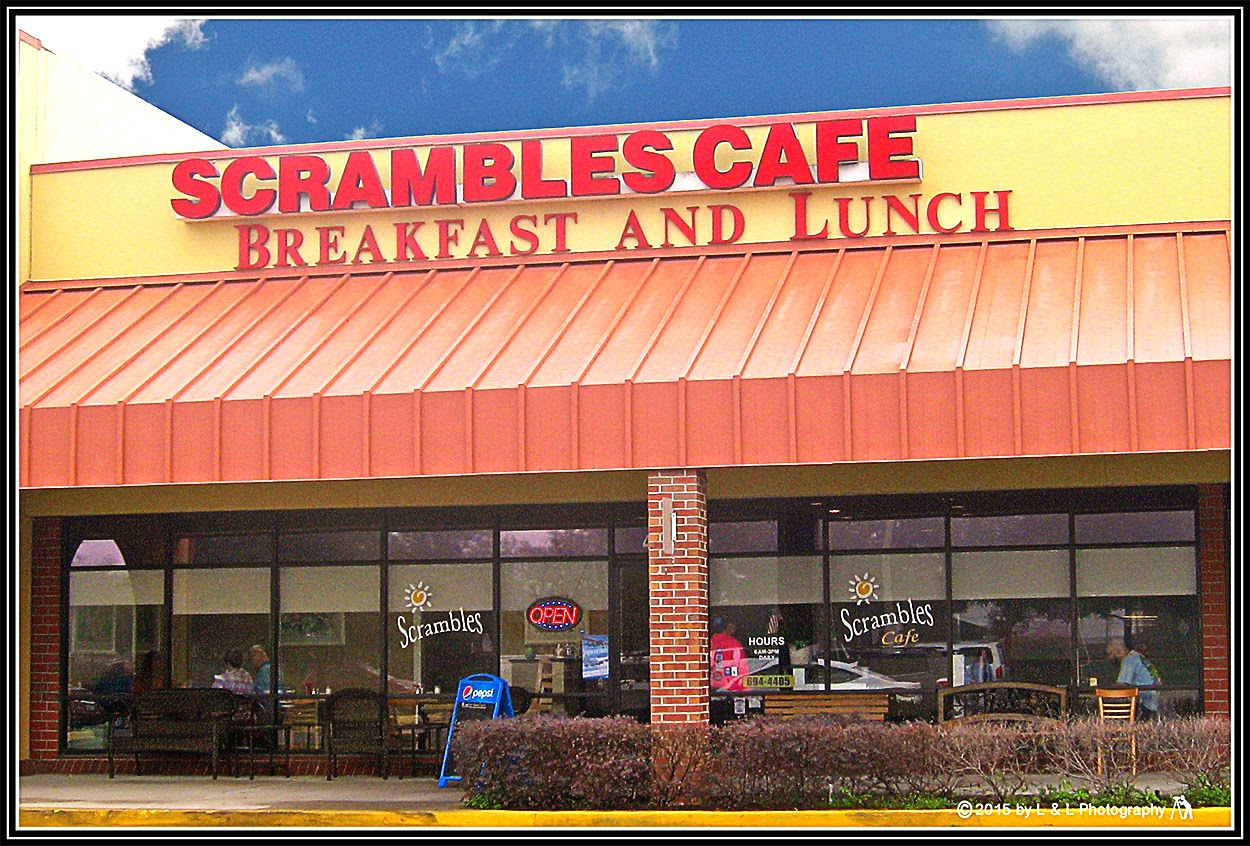 Scrambles is a wonderful little restaurant. It is about a 30-minute plus drive from our house, but it's so good, we often go there for breakfast or lunch. A friendly, family place with terrific food.
Posted by Lowell at 4:00 PM 21 comments: 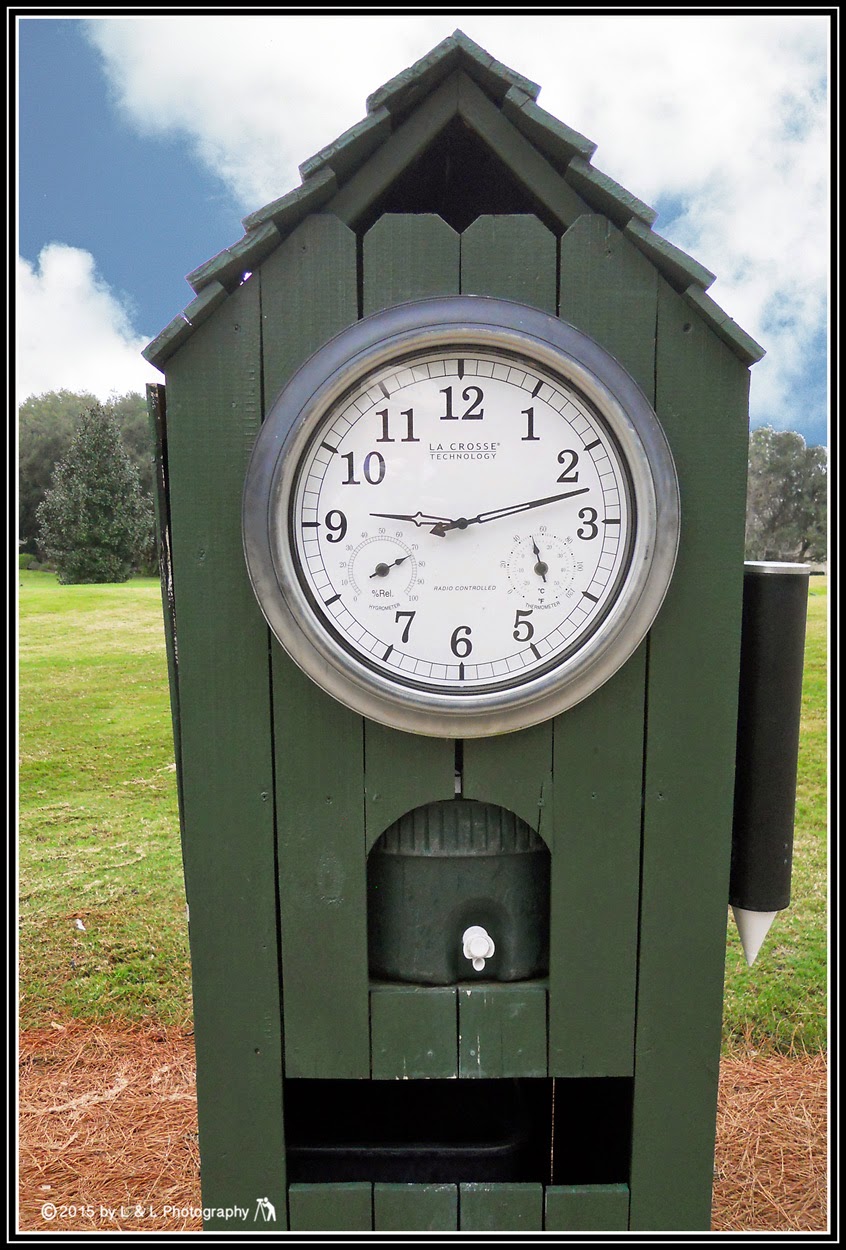 You will find this time machine/water cooler between the 6th green and 7th tee box at the Ocala National Golf Course.  Water coolers are placed strategically on the golf course to help players keep hydrated during the heat of the summer.  I'm guessing the clock is there to let players know if they are keeping the proper pace.

Unfortunately, this clock was not working.  But with everybody having a cell phone it's not much needed anymore.

One might say it's a relic of times gone by and is no longer timely.
Posted by Lowell at 4:00 PM 21 comments:

A guest at Silver Springs Park 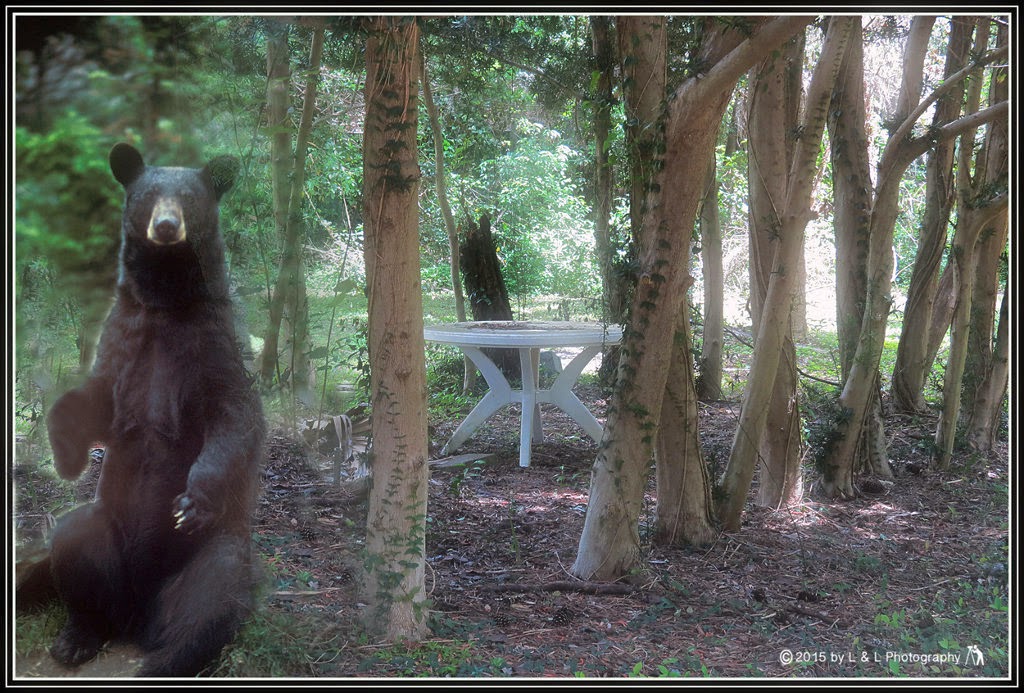 The black bear is making a comeback in Florida. Biologists now estimate there are about 3,000 black bears in the state with the largest concentration in the Ocala National Forest.

I took this photo at the Silver Springs Park on the east side of Ocala a couple of months ago.
Posted by Lowell at 4:00 PM 23 comments: 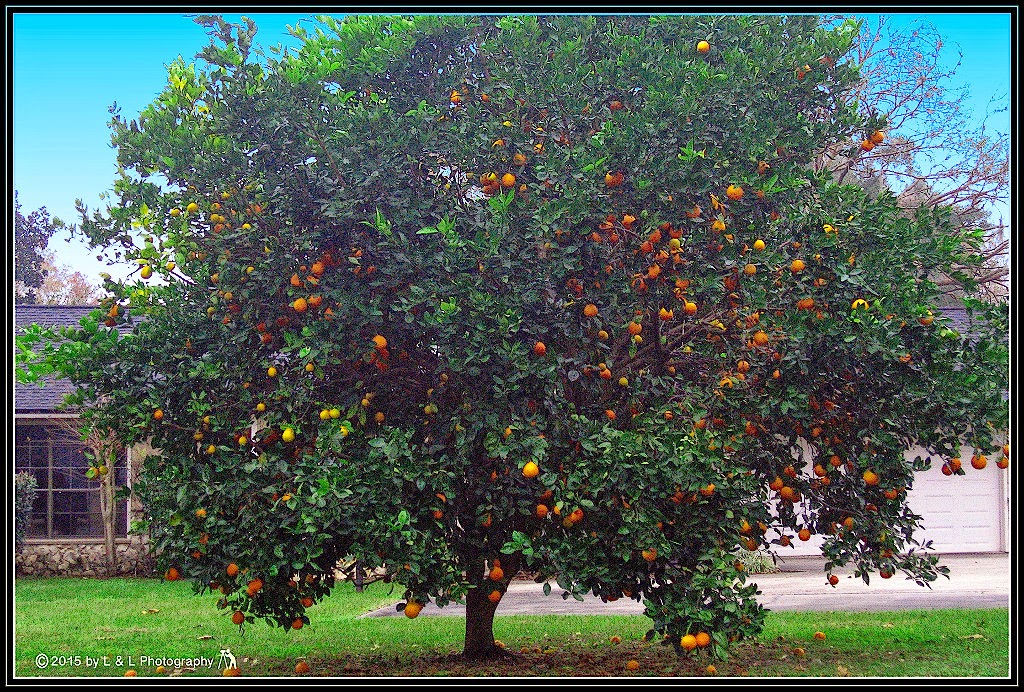 This is our season for citrus, so all over Ocala you will see orange and grapefruit trees laden with their juicy bounty. This particular tree belongs to one of our neighbors. I don't know what they plan to do with all the oranges, but they'd probably give them away if you asked.
Posted by Lowell at 4:00 PM 20 comments: 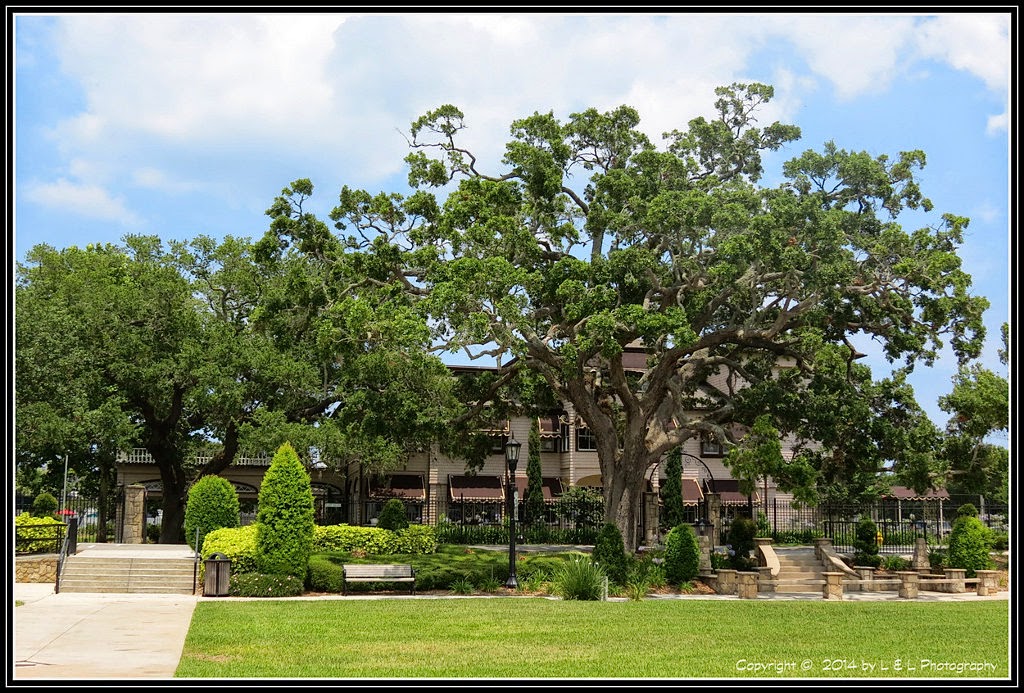 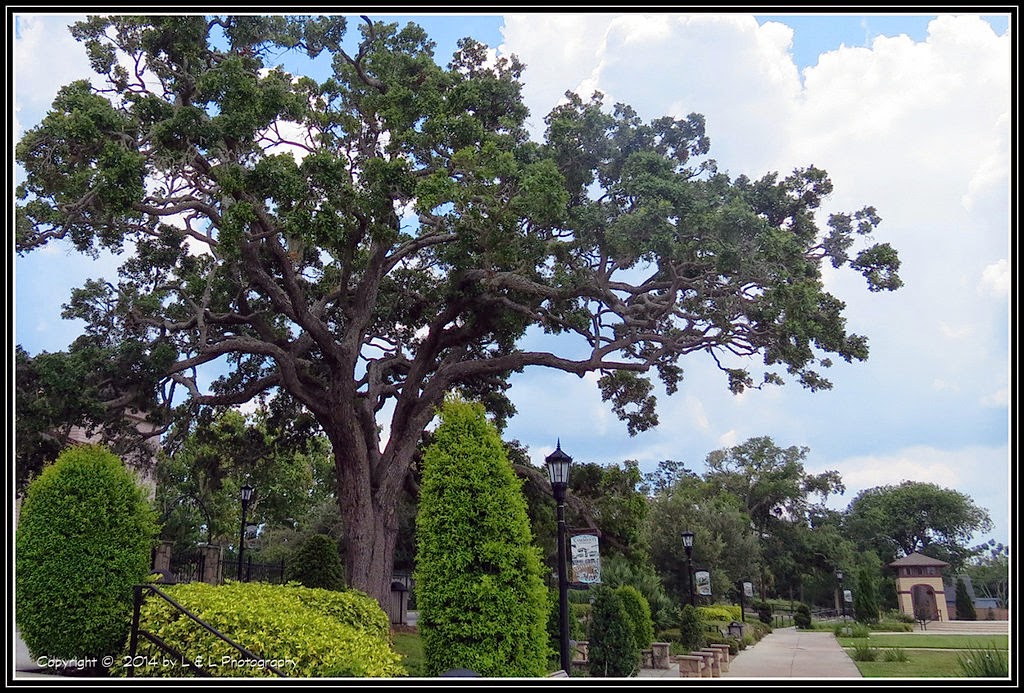 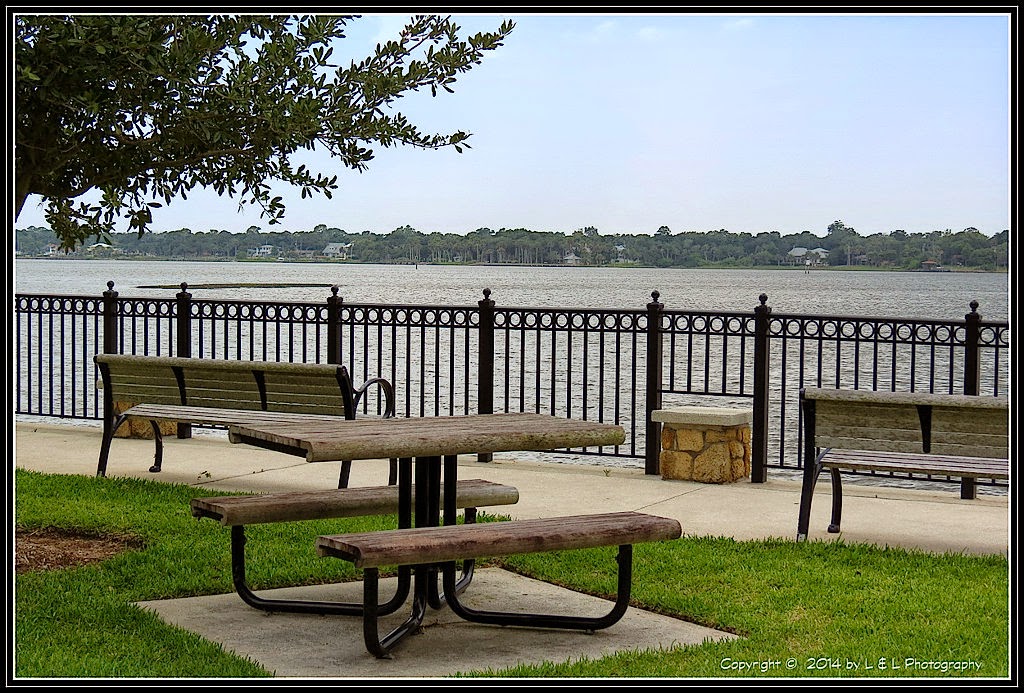 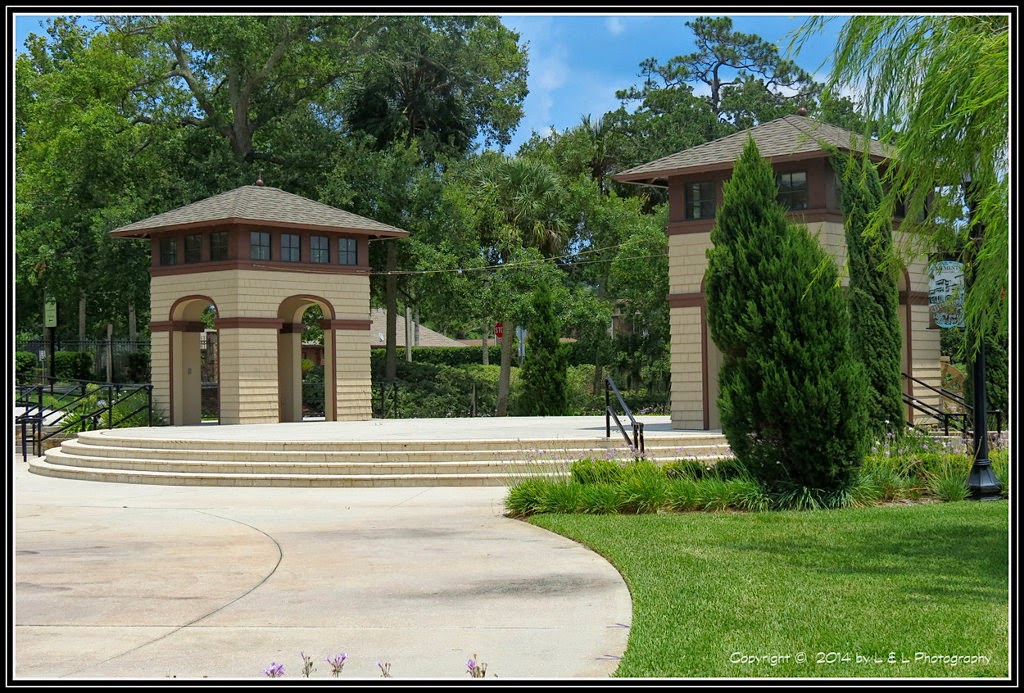 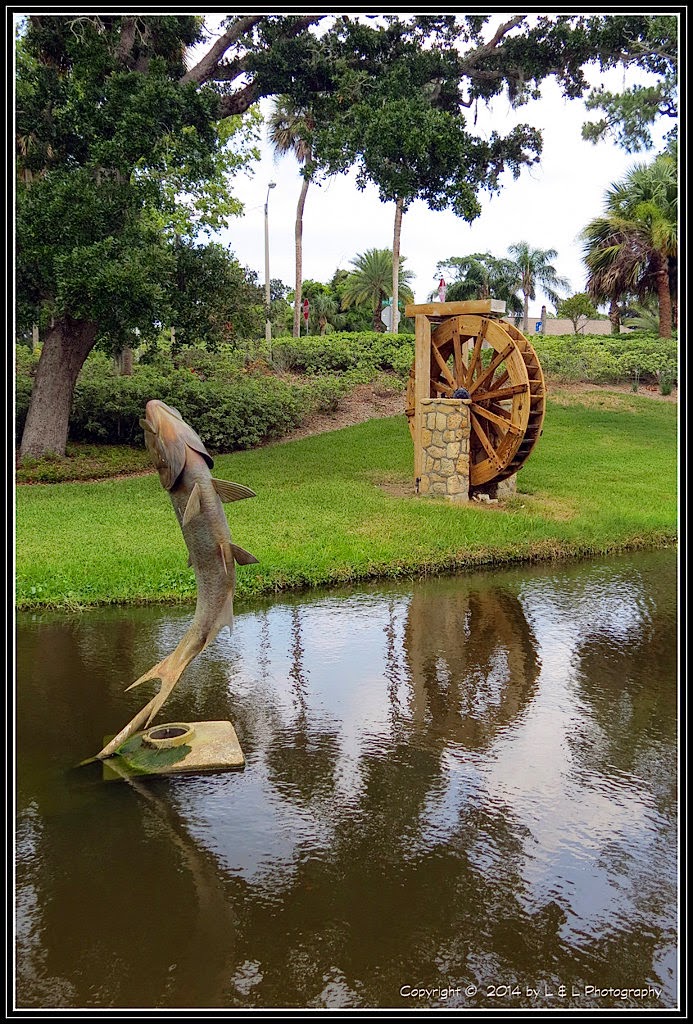 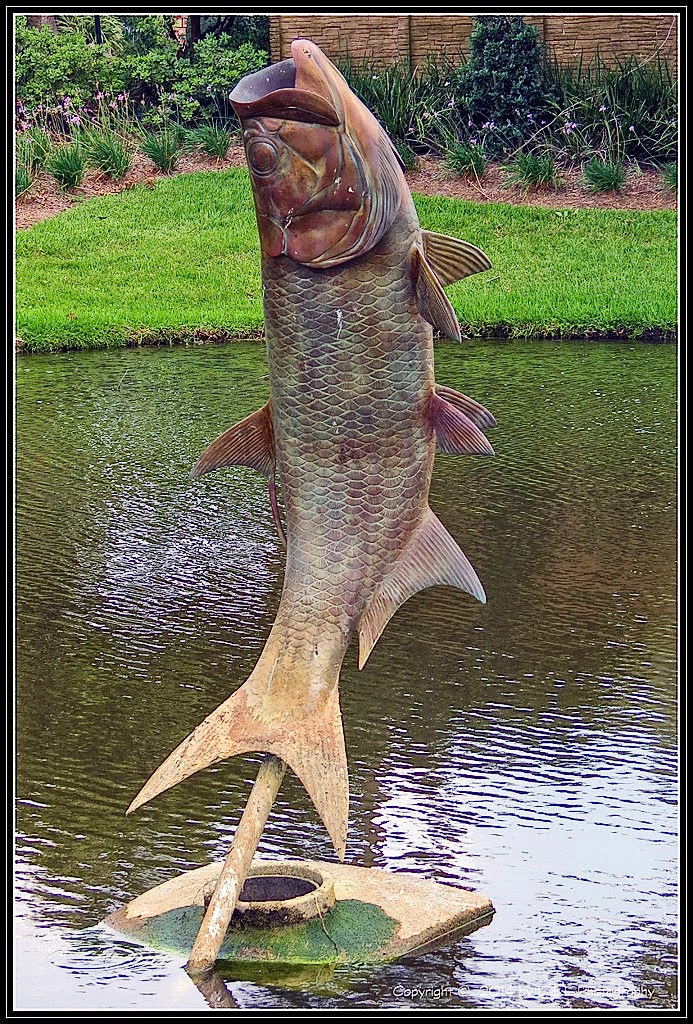 There is much more to see at The Casements.  Unfortunately, it was closed the day we visited so we couldn't get inside.  Perhaps we'll try again in the future.

For those who are interested, I have a new poem, "Sunrise," on Creative Confections. 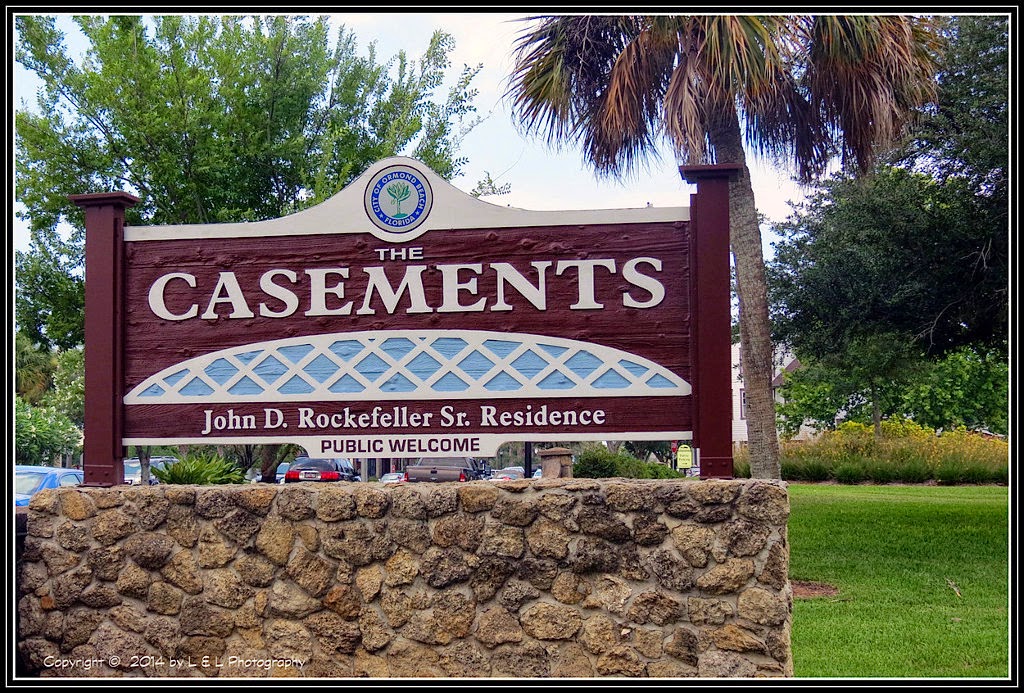 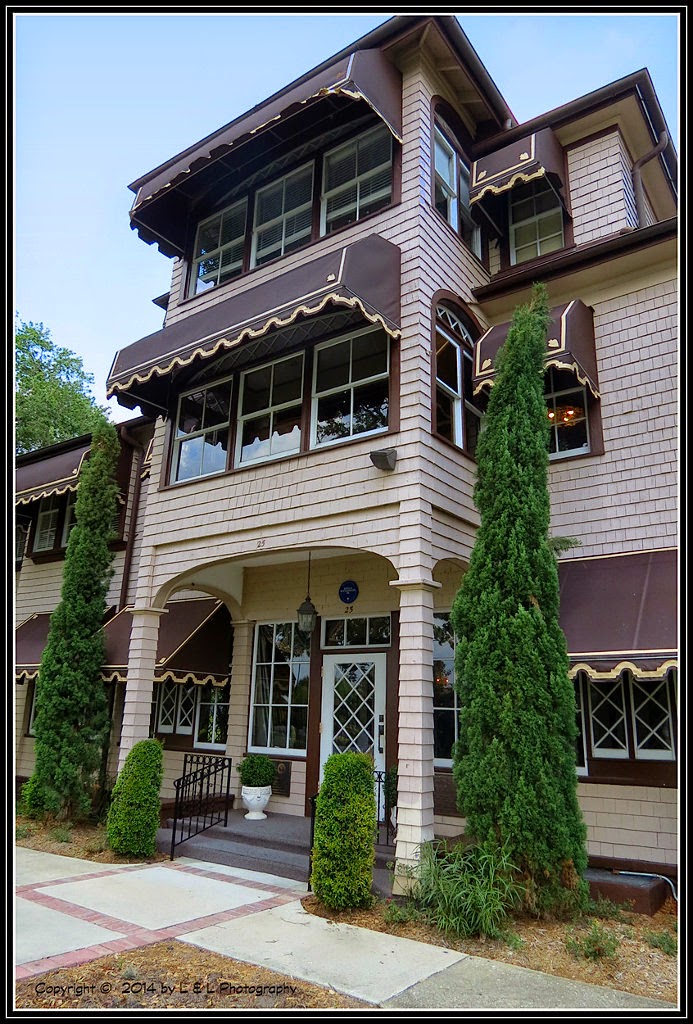 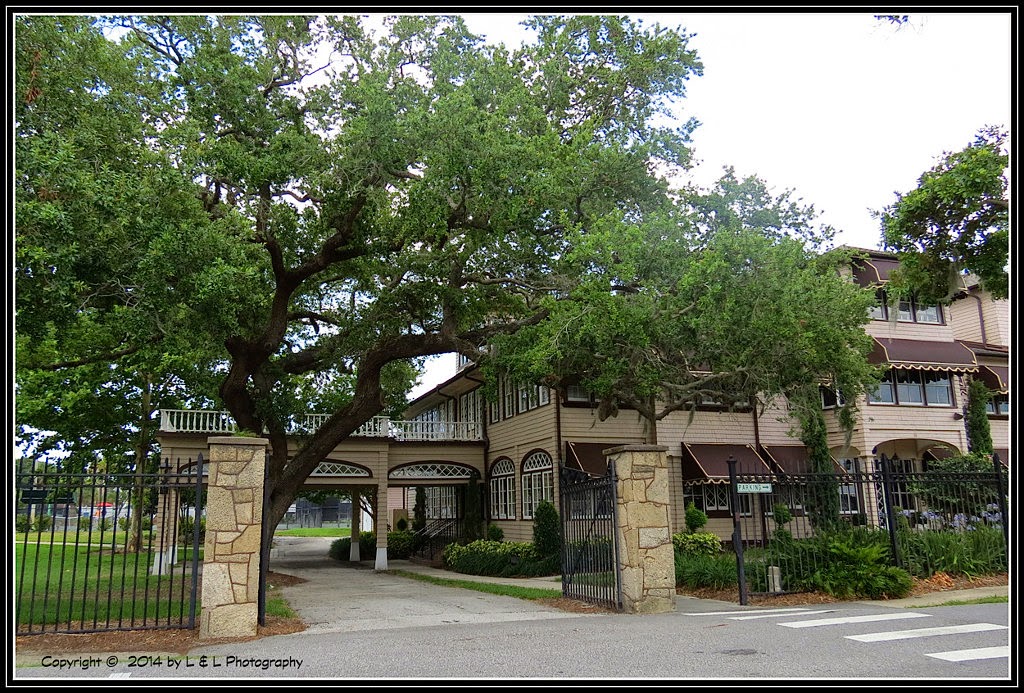 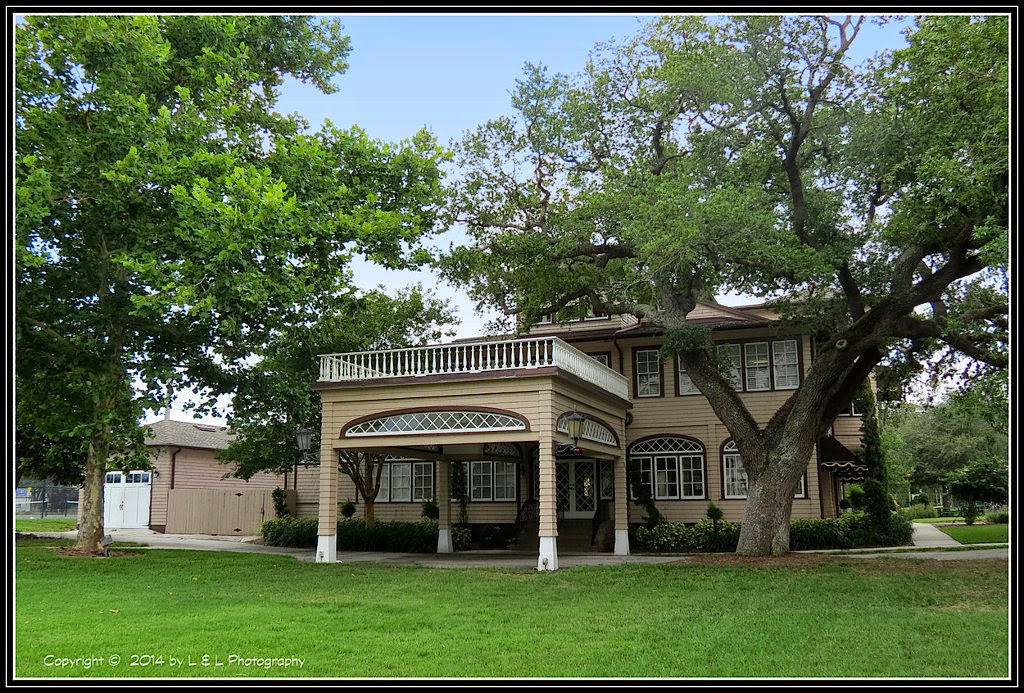 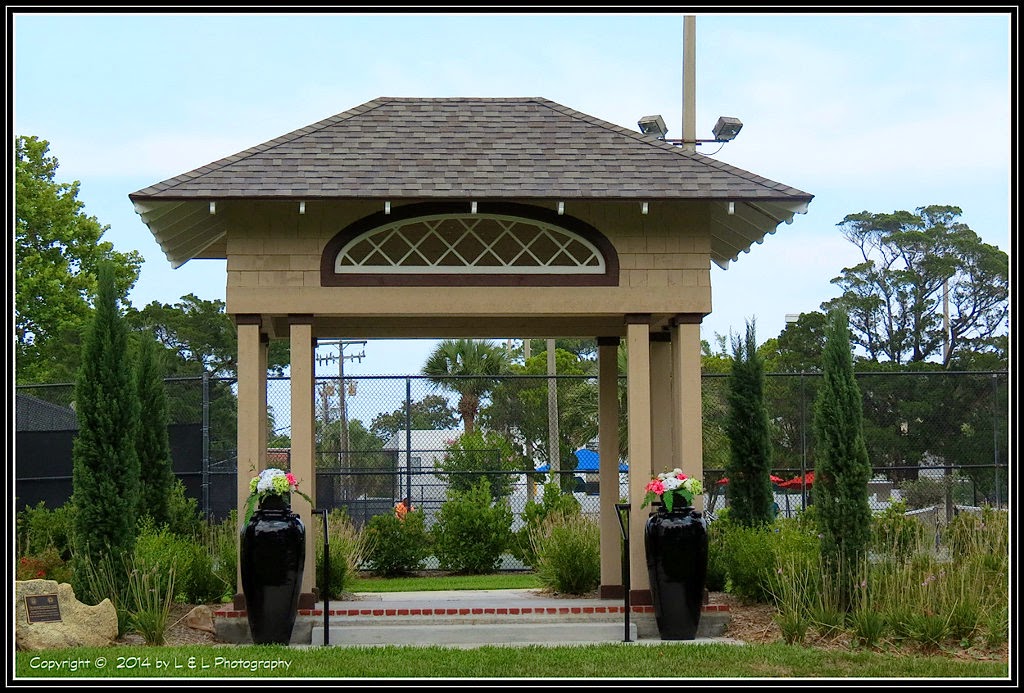 The Casements, located along the Halifax River (Intercoastal Waterway) was constructed in the early 1900s for a clergyman and his wife.  It was purchased by John D. Rockefeller in 1918 and he used the 9,000 square foot home as his winter residence until he died at the age of 97.

After his death, the property was used for a variety of purposes, including a school.  Then it was left to deteriorate.  Eventually, it was named a "Historic Property" and was purchased by the City of Ormond Beach, which proceeded to restore the place to its original grandeur.

Currently, The Casements serves as the Cultural Center for the City of Ormond Beach.

We'll post a few more photos of the gardens and grounds tomorrow.

If you are interested in learning more about The Casements, click here.
Posted by Lowell at 4:00 PM 20 comments: 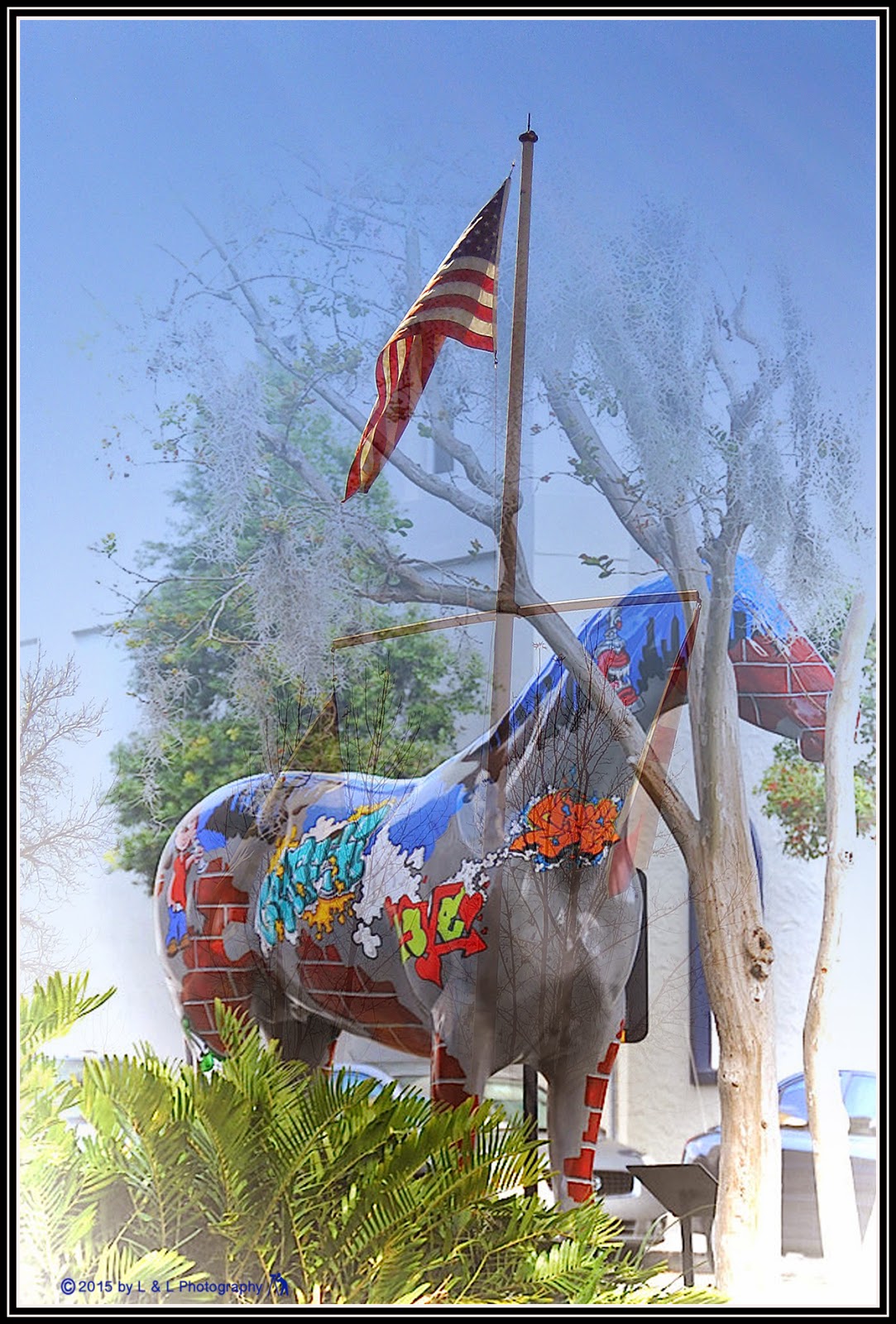 This is a blending of two photos, obviously.  I was having fun with it as it represents Ocala in that you will see a lot of flags flying in this city.  Somehow, flag waving has become synonymous with patriotism which is, of course, not true at all.  But it is very popular.

Horse Fever is a program which involves the creation and placement of a wide variety of colorful horses throughout the city.  By now, there must be over 100 of these "Horse Fever" horses scattered around town.
Posted by Lowell at 4:00 PM 21 comments:

Temple B'nai Darom and a lesson from yesterday 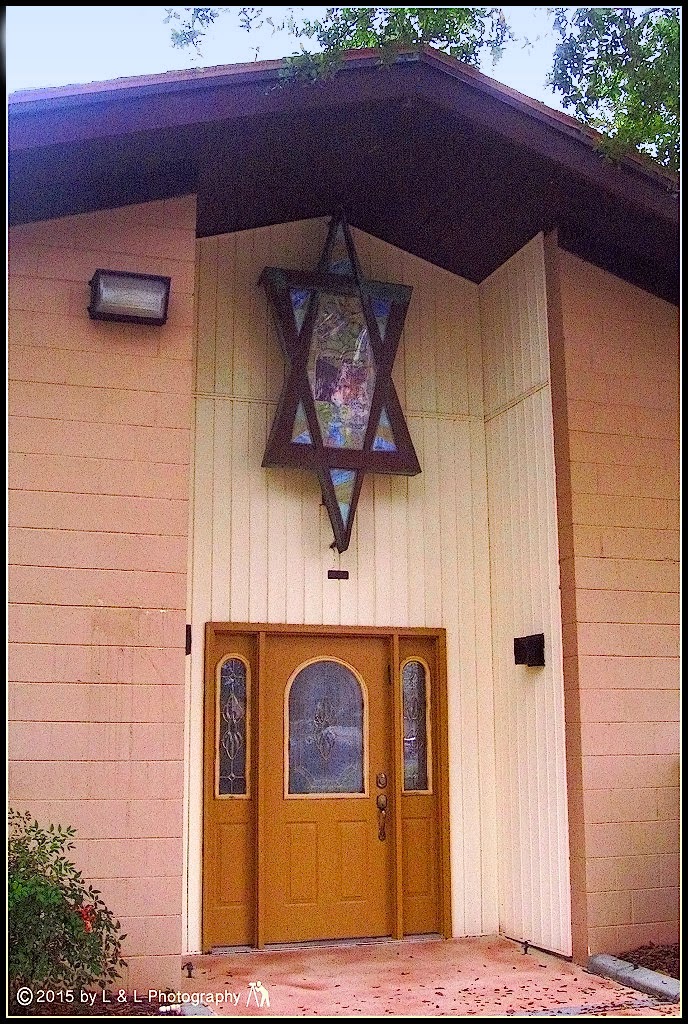 [Note:  First of all, a comment about yesterday's post with the beer truck driving up to the first tee.  It didn't happen.  The photo is a composite (which was fairly well done I think).  The people on the tee was one photo but the beer truck was another photo and in that photo it was driving down the highway.  I was able to blend them into one picture.

A picture might be worth a thousand words, as the old saw goes, but sometimes it's just plain phony.  Furthermore, we often see what our brain wants to see even if what we are seeing makes no sense.  That's why "eyewitness" testimony in a court room is often worthless.

And the final lesson is that I'm kinda sneaky and if I can pull off a prank, I'm likely to do it!]


B'nai Darom (which means "Sons of the South") is a Jewish temple located on the east side of Ocala. It is a small congregation and while they follow the Reform liturgy, the temple is unaffiliated. Back in 2009, we published a post on this temple and are doing so again because it was recently in the news following several acts of vandalism.

The temple also owns one of the oldest Jewish cemeteries in the state and that was also vandalized. One wonders when or if this kind of anti-Semitic behavior will ever stop.

Our previous post which has additional information, is here.
Posted by Lowell at 4:30 PM 19 comments: 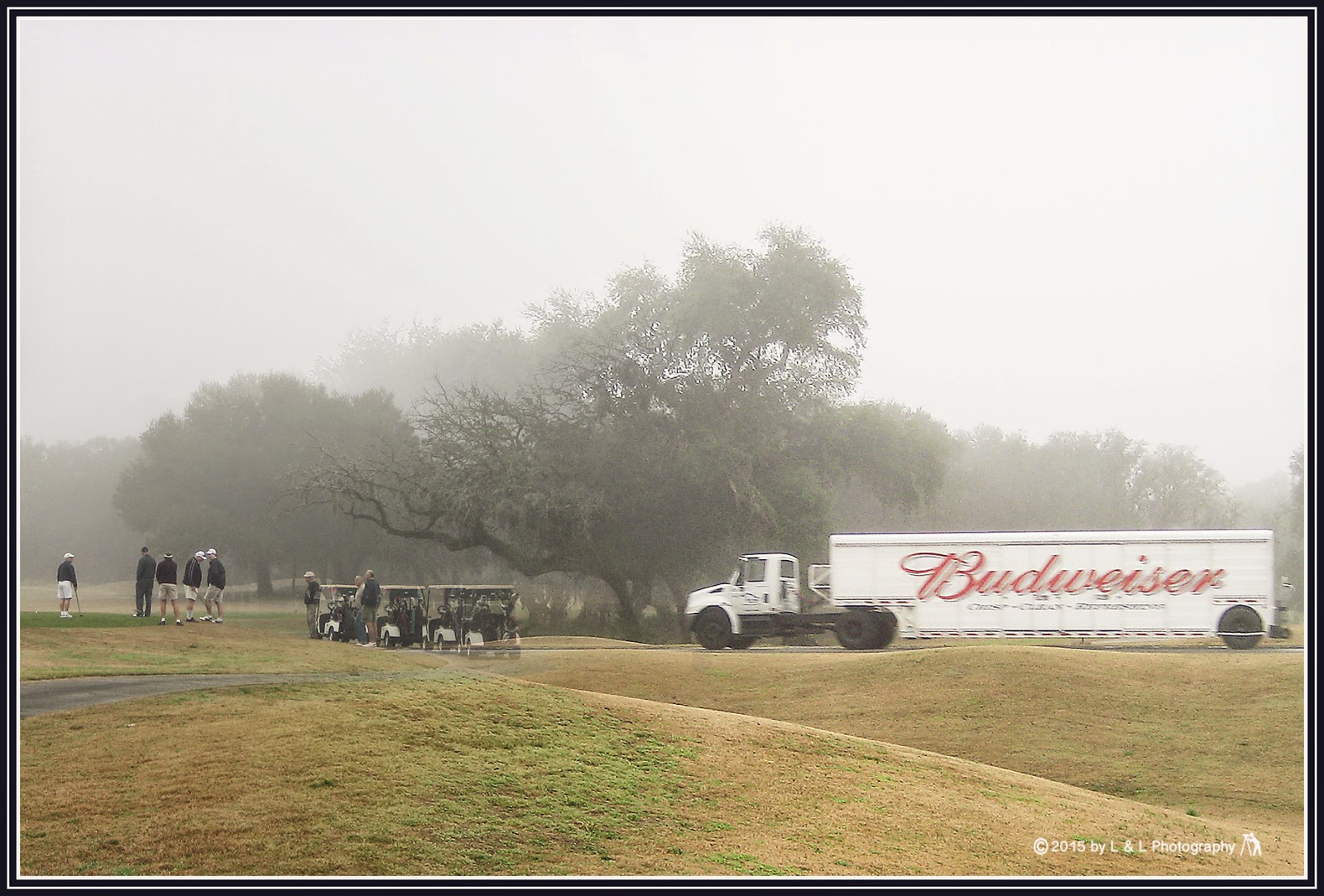 It is pretty cool when a Budweiser truck shows up on the first tee box of the golf course on a cool, foggy, February morning while you're waiting with your buddies to tee off.
Posted by Lowell at 4:00 PM 27 comments:

What I would miss about Ocala... 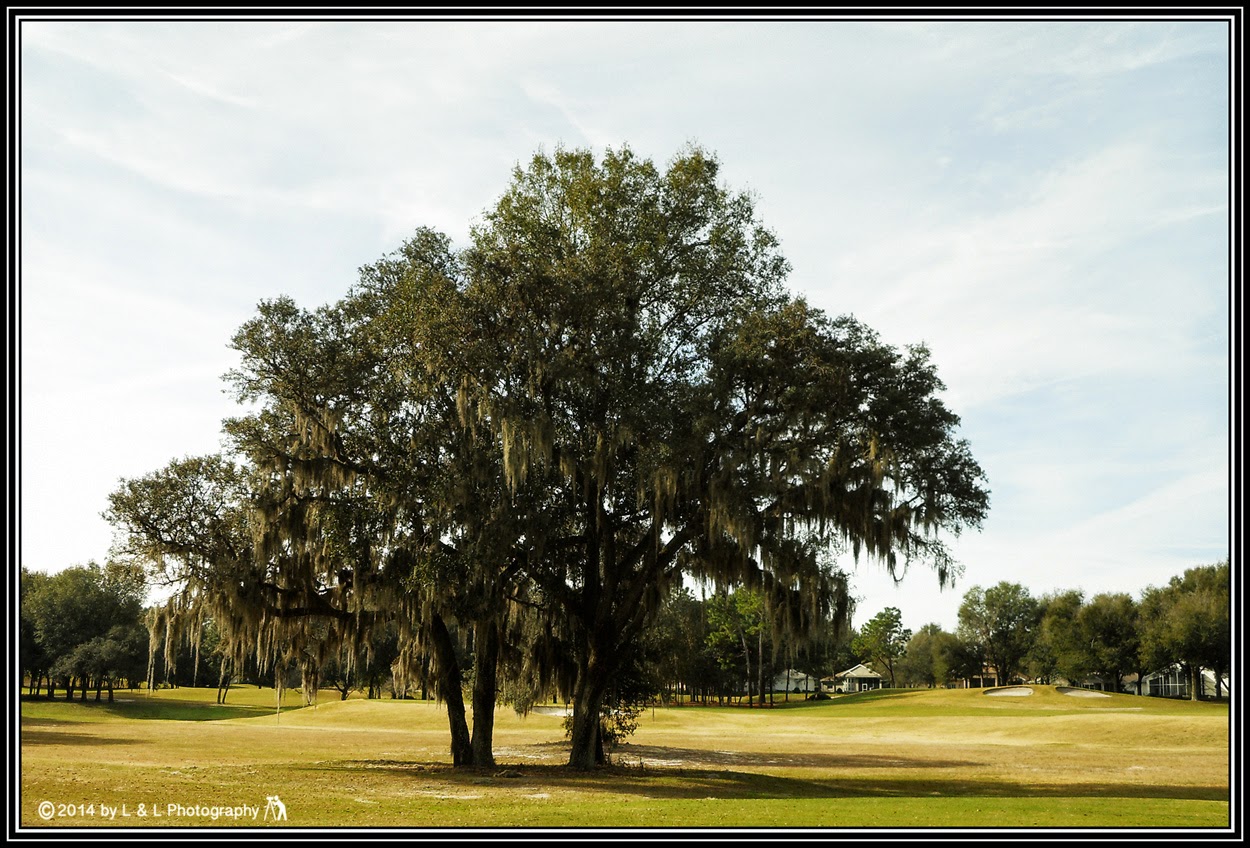 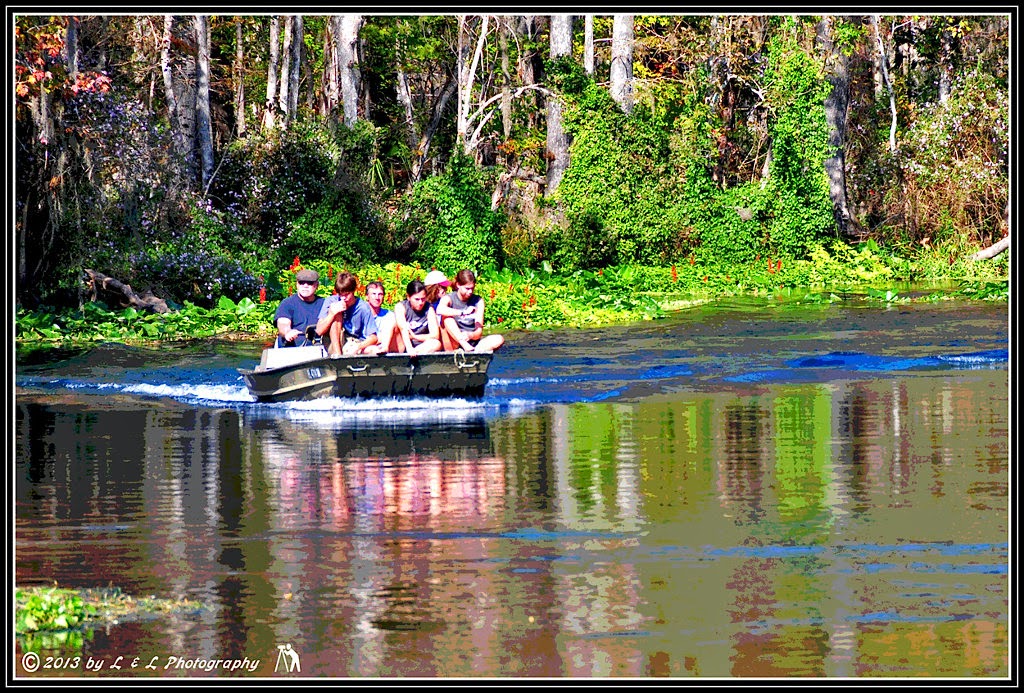 The rivers and forests 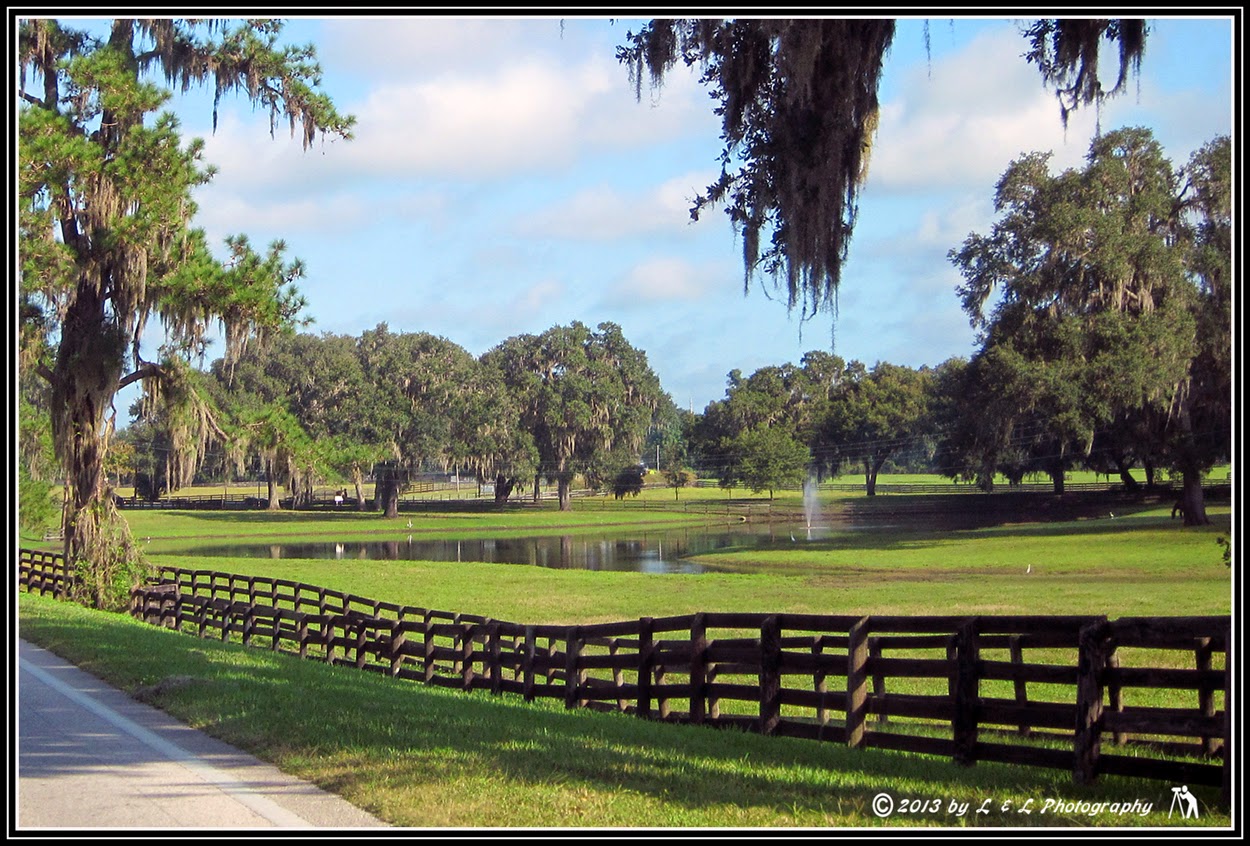 The hundreds of beautiful horse farms 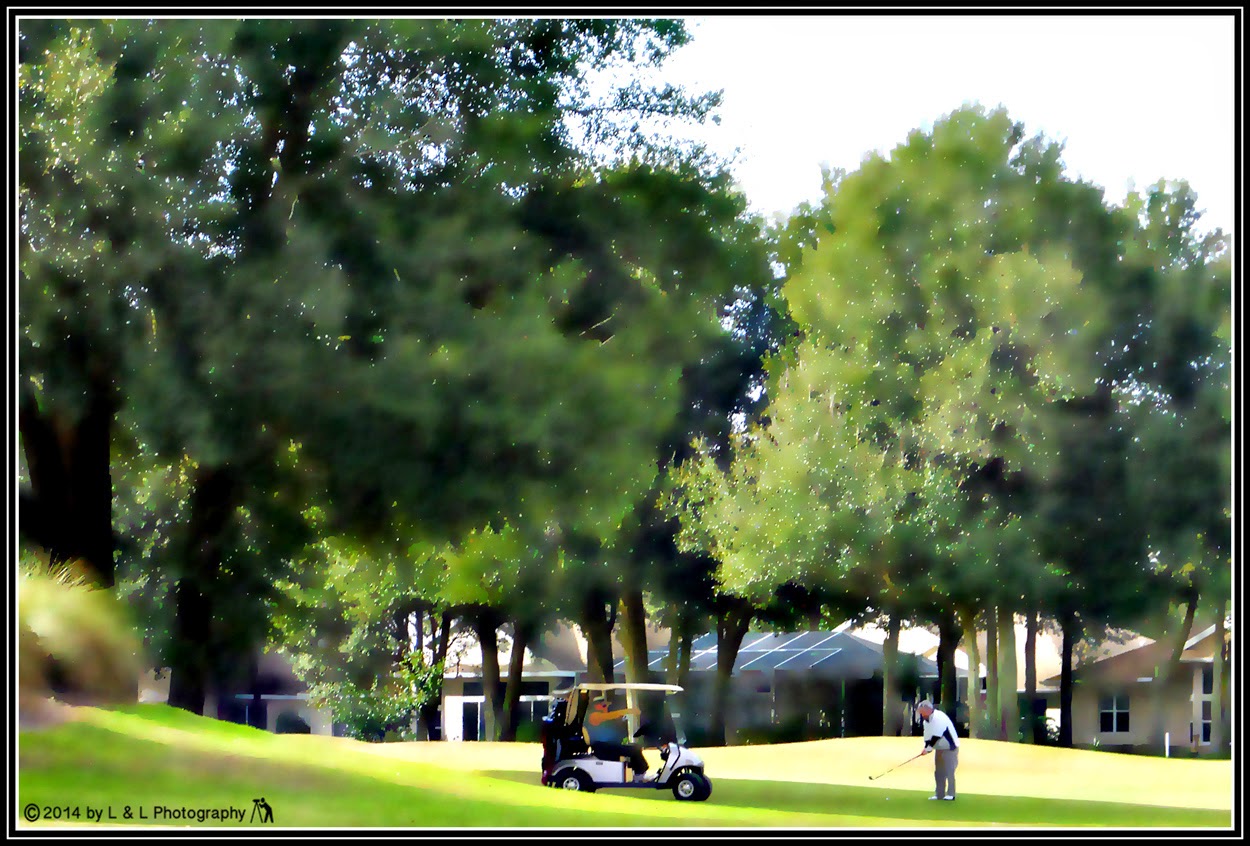 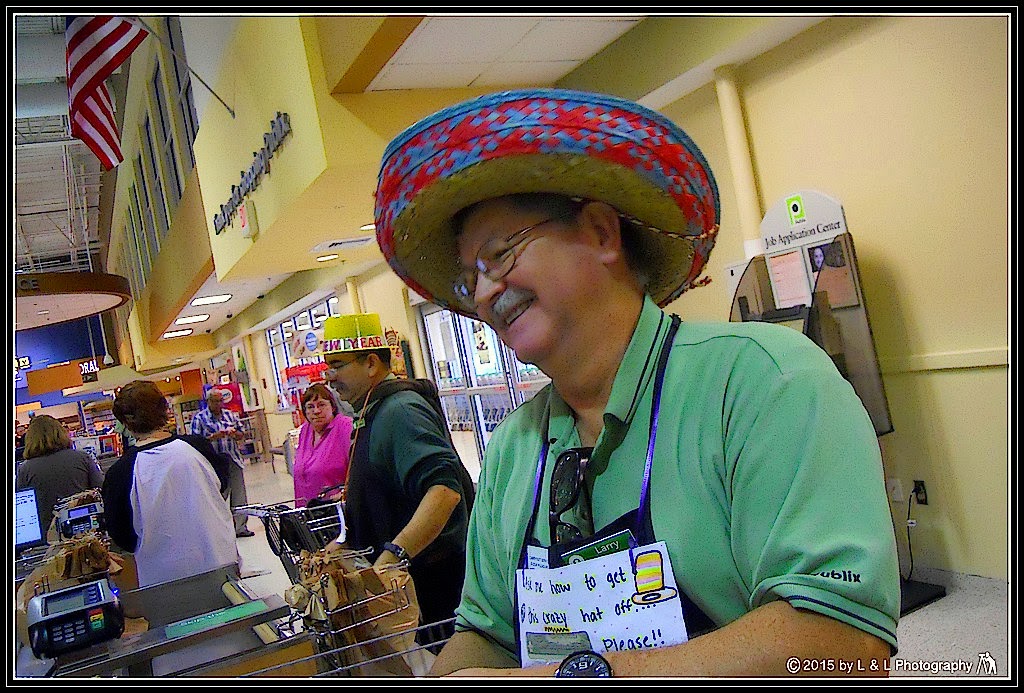 The dear hearts and gentle people

The theme for February 1 has to do with what you would miss about the city in which you live if you had to move away.

For more takes on the theme, click here.
Posted by Lowell at 4:00 PM 23 comments: