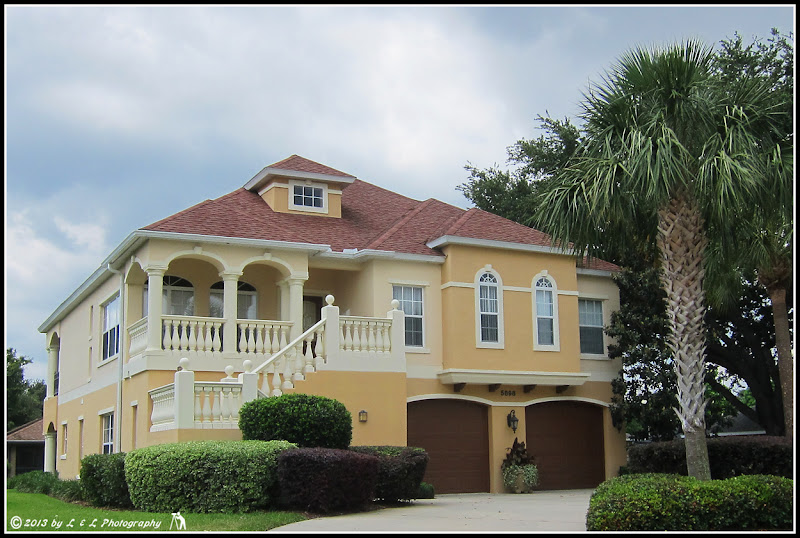 This beautiful home is probably unremarkable except for the fact that it is in a neighborhood consisting of several hundred homes every one of which, with this exception, is a one-story ranch style structure. I've been told that the governing documents forbid a two-story house in this community. So, the question is, how did this happen? No one seems to know.
Posted by Lowell at 9:10 PM 18 comments: 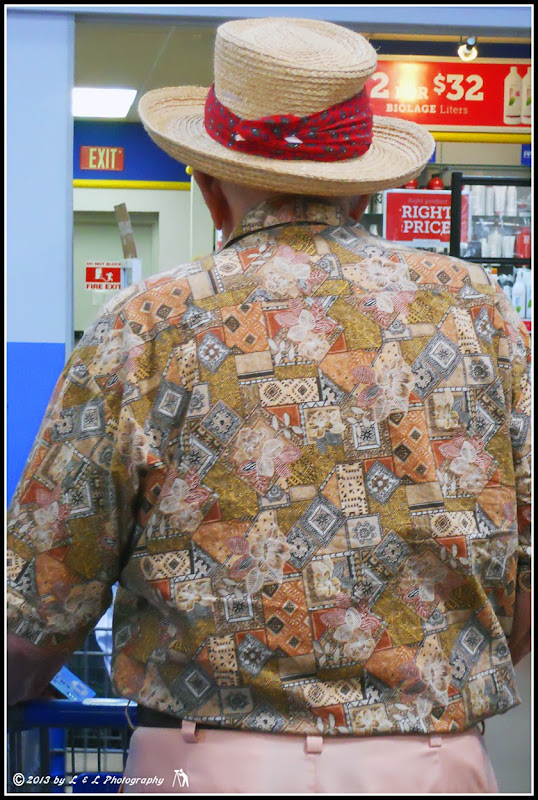 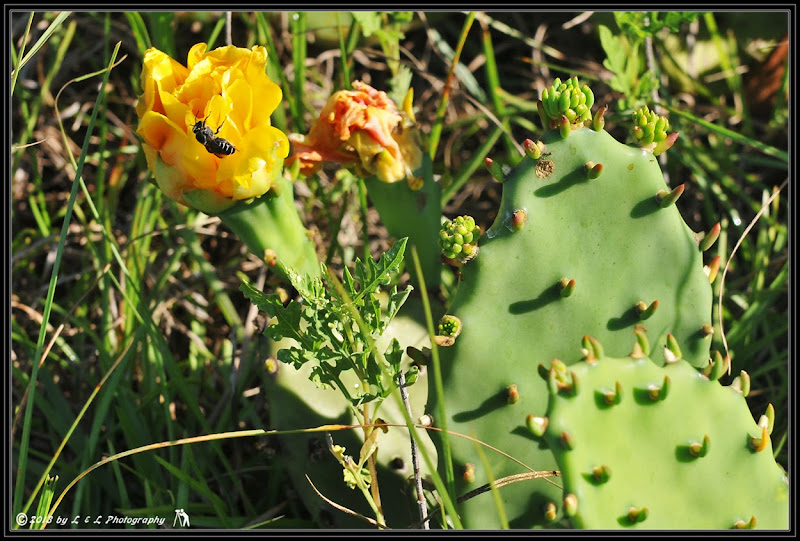 Yes, we have cacti in Ocala. We also have bees. Someone said bees' knees can get stuck on the spines of the cactus, but I think that's a lot of hogwash!

Everyone knows bees' knees are hard as a rock! 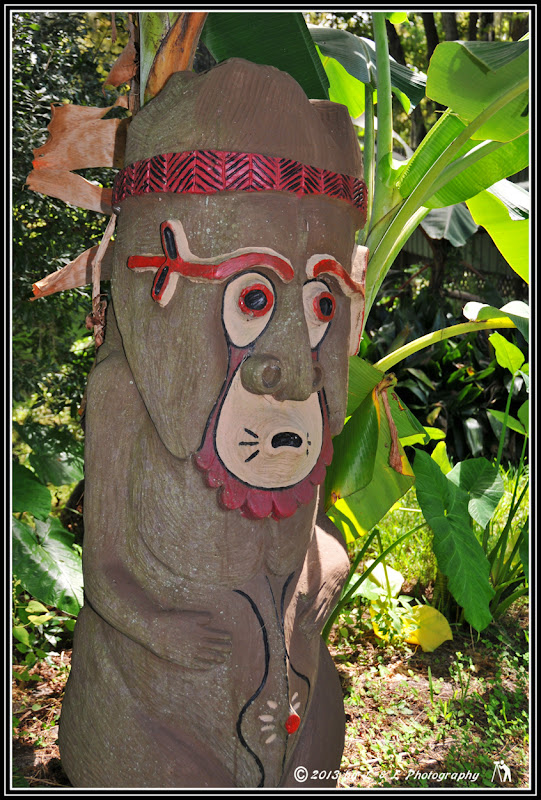 Actually, I'm not sure just what this is supposed to be!
Posted by Lowell at 6:49 PM 18 comments: 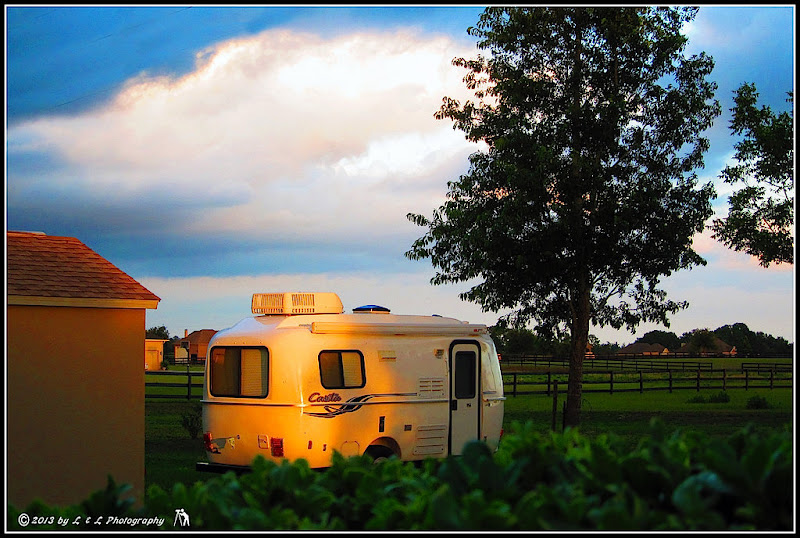 Our neighbor recently purchased this beautiful little trailer. He's worked hard to put it in tip-top shape. Now it's ready to go tripping around the country. On the evening of this particular photo, it received the sun's blessing.
Posted by Lowell at 8:06 PM 19 comments: 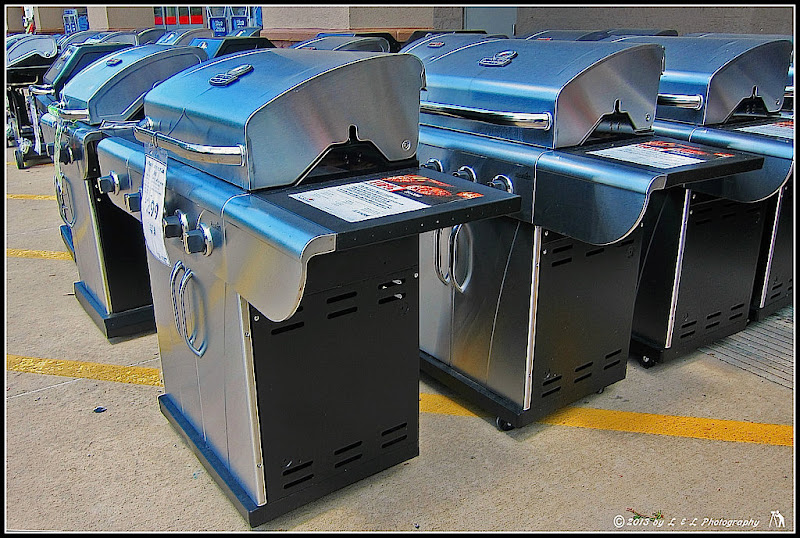 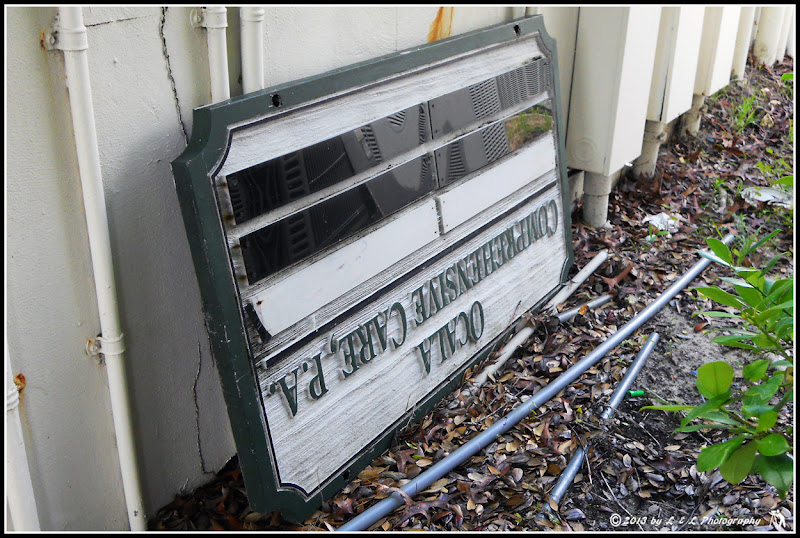 Pirate ship on the Silver River 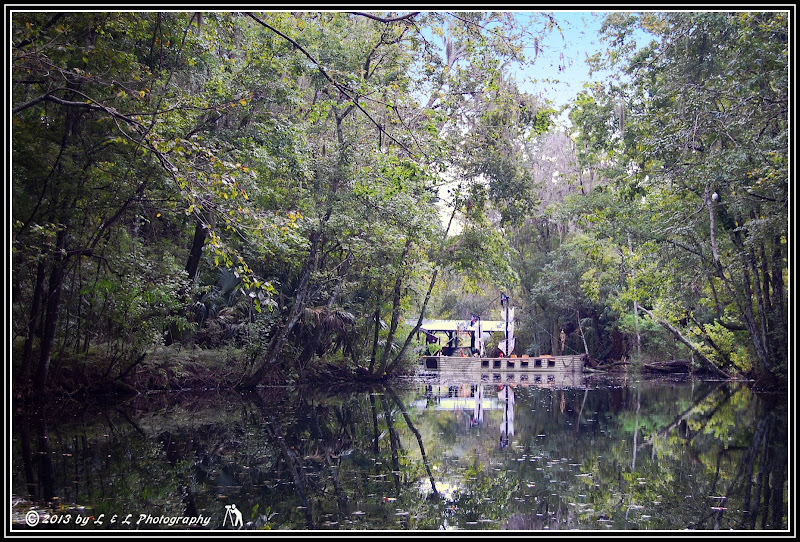 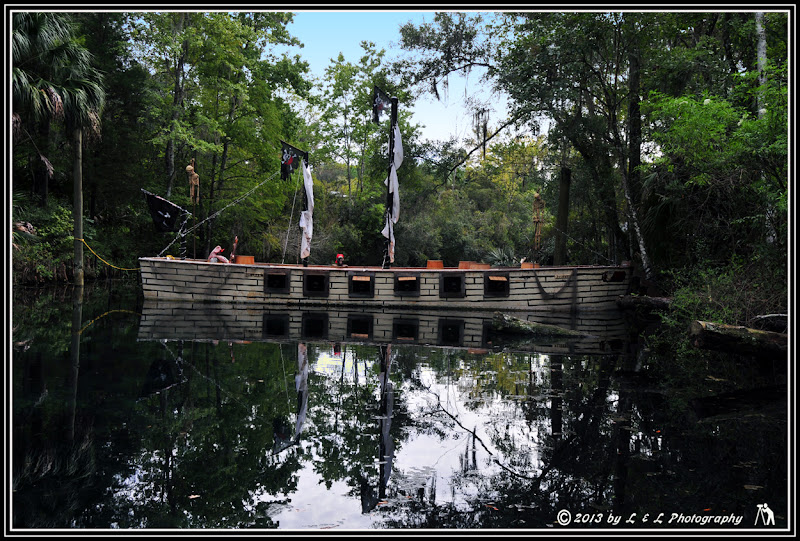 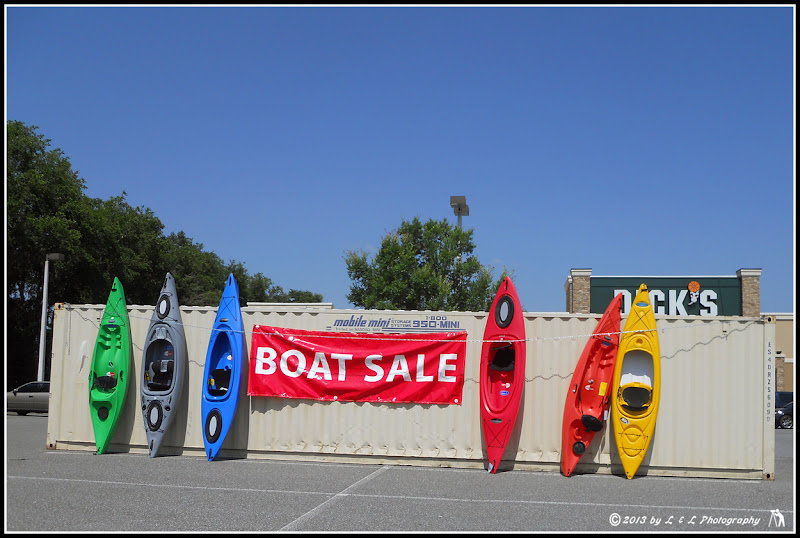 It's that time of year and Dick's Sporting Goods has come up with another new way of getting their products into the public eye...put them in the parking lot facing the highway!
Posted by Lowell at 6:28 PM 13 comments: 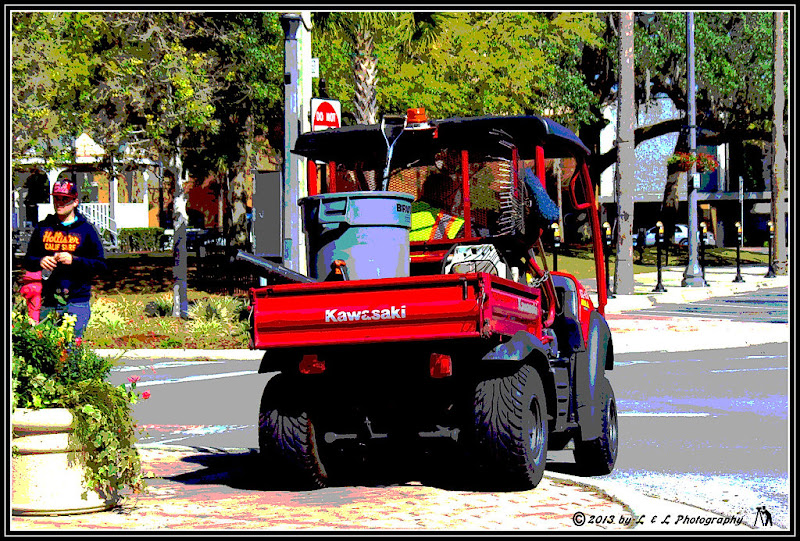 A clean city is a happy city. Or so I've heard. This gentleman was working downtown working to make Ocala a clean city. But he was also driving on the sidewalk, which may be a no-no. I don't know.
Posted by Lowell at 6:35 PM 9 comments:

Whoooo are you looking at? 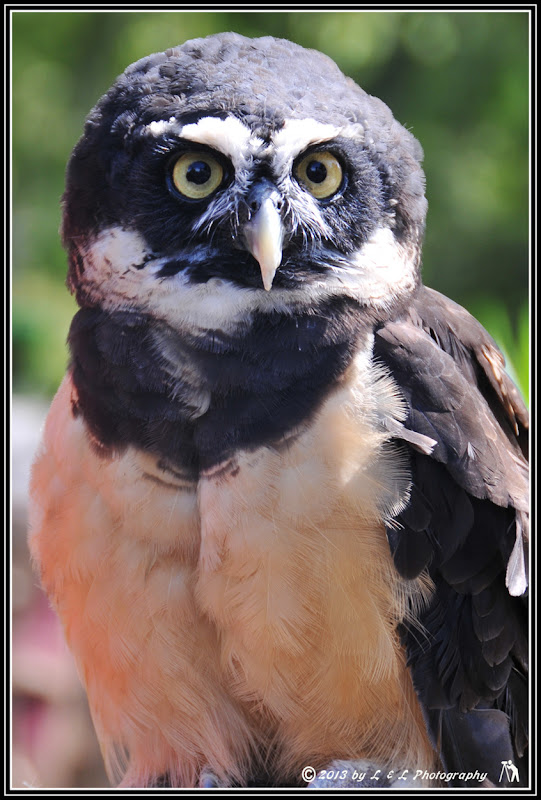 A gallon of milk is heavy! 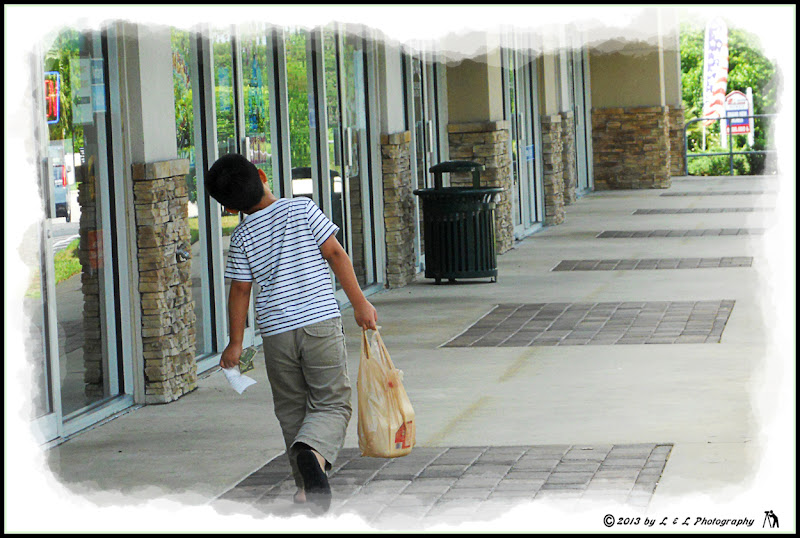 Here's how I think it went down. This young lad's mother works at a Chinese restaurant close to a grocery store. His mother gave him some money, asked him to run to the store and buy a gallon of milk. This he did and now he's on his way back to the restaurant, money and receipt in one hand, and that very heavy gallon of milk in the other.
Posted by Lowell at 6:18 PM 19 comments:

Got some shugah, shugah? 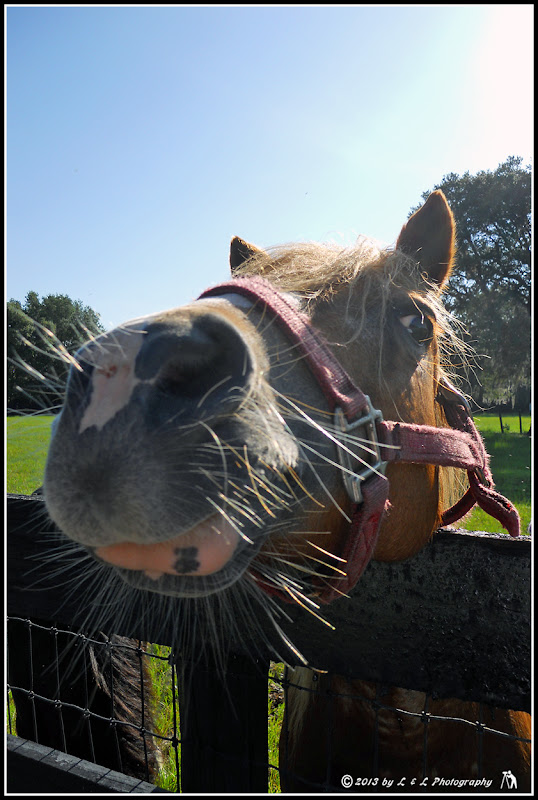 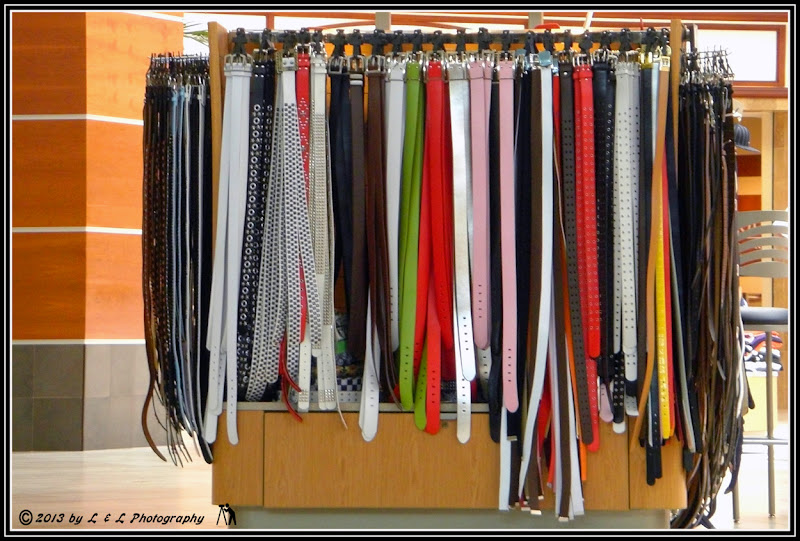 I was in the mall the other day and found these things just hangin' around and thought they were kinda cute so I went ahead and "waisted" a shot!
Posted by Lowell at 8:02 PM 19 comments: 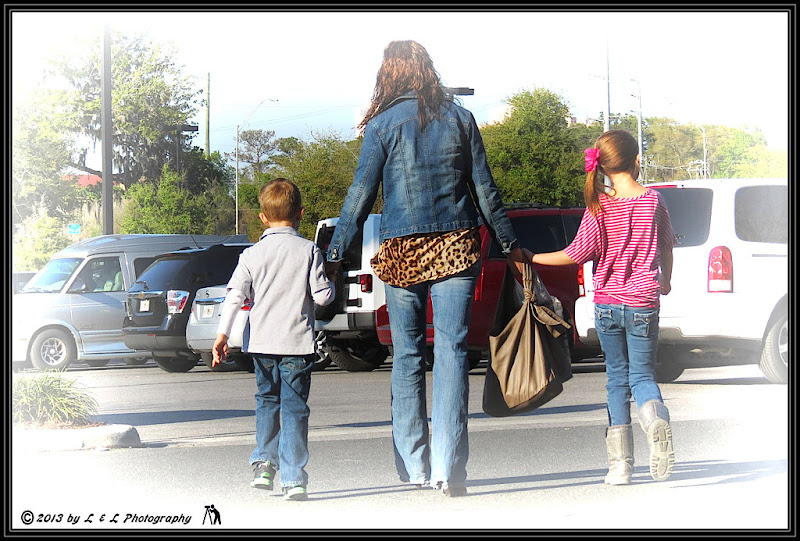 Happy Father's Day to all the fathers out there in the blogosphere!
Posted by Lowell at 9:06 PM 16 comments:

Off to find a canoe 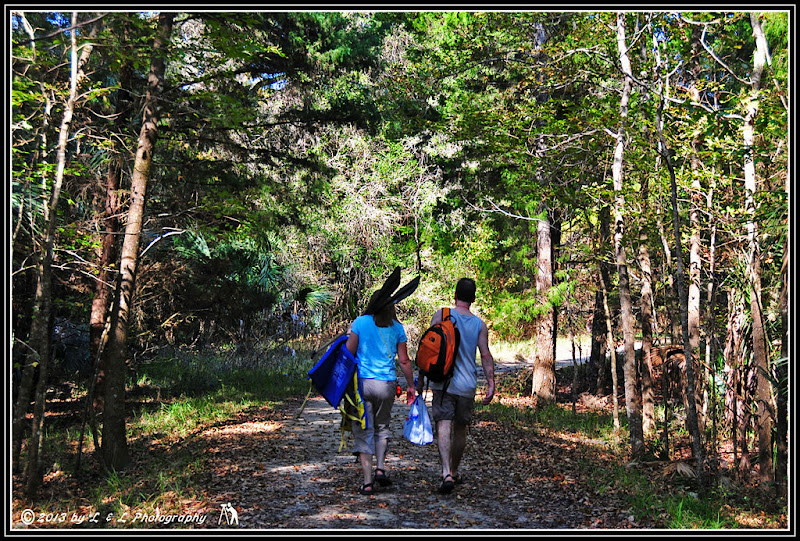 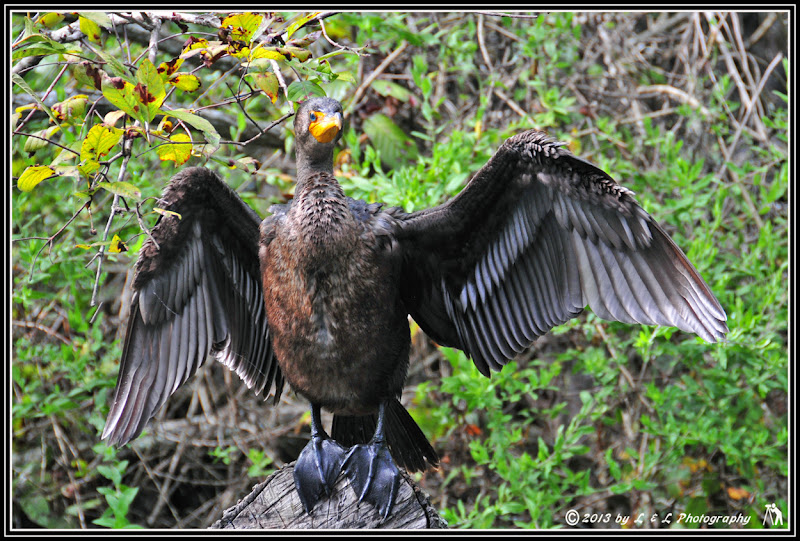 It is commonly thought that anhingas perch on logs or tree branches to air dry their wings because the oil produced by their preen gland is insufficient to make their feathers waterproof.  That has been shown to be an erroneous assumption.

Because the structure of the anhinga's feathers decreases buoyancy, allowing them to sink underwater and chase fish, the feathers become waterlogged.  Once out of the water, the anhinga must dry their wings in order to function properly.

"We know now, however, that the degree of waterproofing of feathers is primarily due to their microscopic structure, not to their being oiled.  In addition to helping wing feathers to dry, other suggested functions for these postures [spread wings, perching] include regulating body temperature [...], realigning of feathers, forcing parasites into motion to ease their removal, and helping the perched bird to balance."

[The above from an article by Paul R. Ehrlich, et. al.] 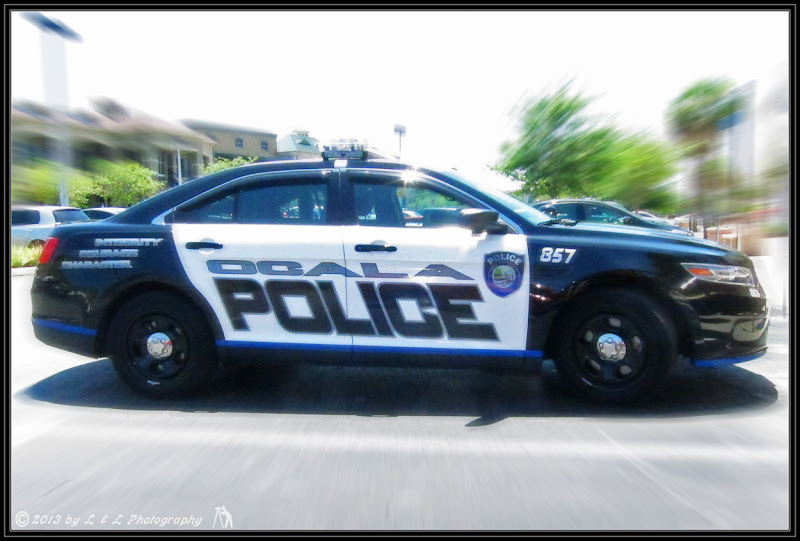 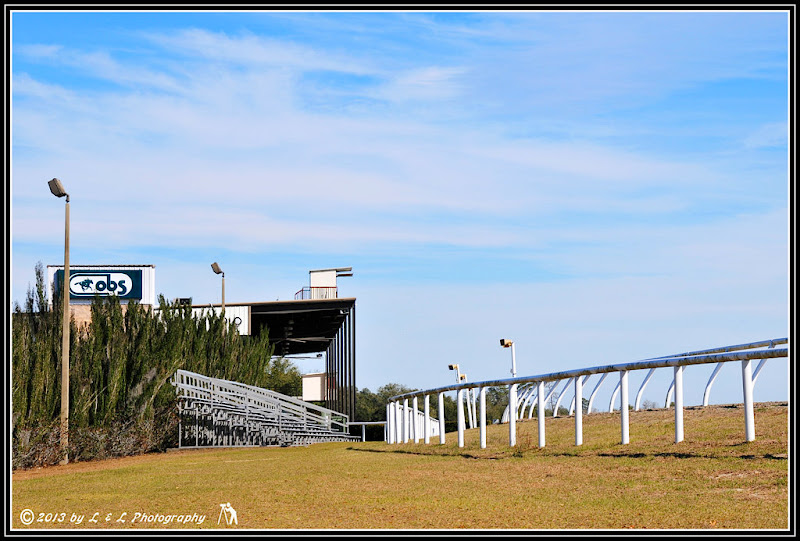 It is my understanding that this venue, owned by the Ocala Breeders Sales Company (which includes an indoor auditorium), is used for the sale of thoroughbred horses.  I know little about this company but have heard that the track is used for only one race annually.

You can learn more about OBS here.
Posted by Lowell at 6:59 PM 13 comments: 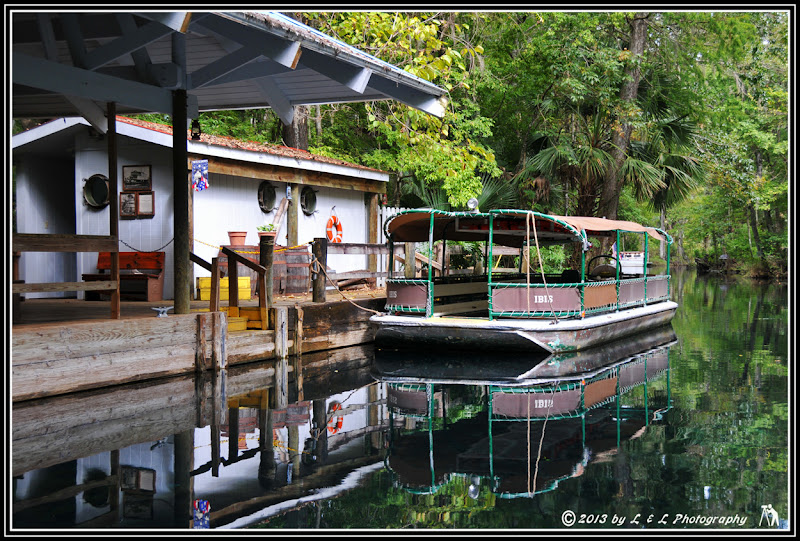 This is one of the boats that was used to take patrons on the Lost River Voyage.  In my opinion it was one of the best rides at the park but was discontinued in 2011, supposedly because the owners were having financial problems.  Silver Springs Nature Theme Park also shut down the Fort King River Cruise.  Unfortunately, the park is a mere shell of its former self.  I have heard that the State of Florida is taking it over and will make it part of the adjacent Silver River State Park.

It will never be the same!

A short distance behind this boat is a set that was used in the filming of the popular TV show, Sea Hunt, starring Lloyd Bridges.  Sea Hunt had a run from 1958 to 1961.  Lloyd Bridges played a scuba diver.  Many of the episodes were filmed here at Silver Springs Park as well as at other central Florida locations.
Posted by Lowell at 7:03 PM 15 comments: 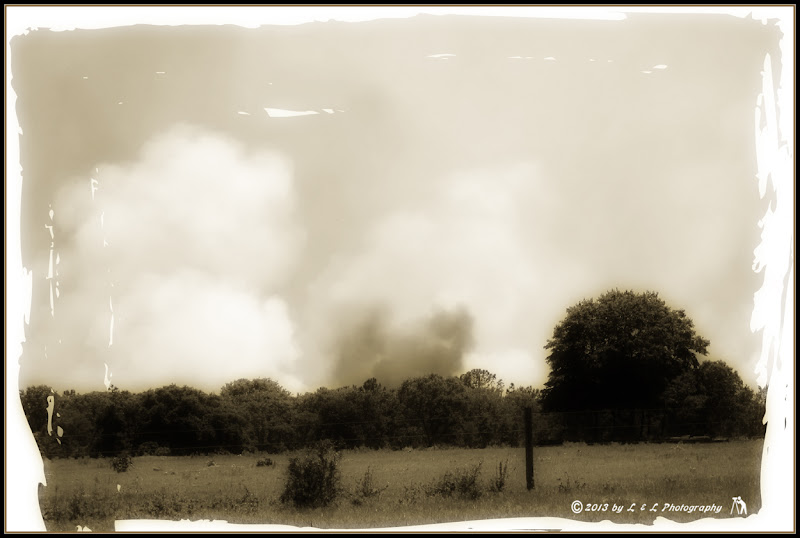 Summer is when central Florida experiences numerous grass and forest fires. This one occurred a short distance from our home but we were never in any danger.  It lasted but a day before it was put out.

Fortunately, a recent tropical storm brought us a lot of much-needed moisture which should be beneficial in the weeks ahead.

Wishing everyone a wonderful weekend!
Posted by Lowell at 10:11 AM 15 comments: 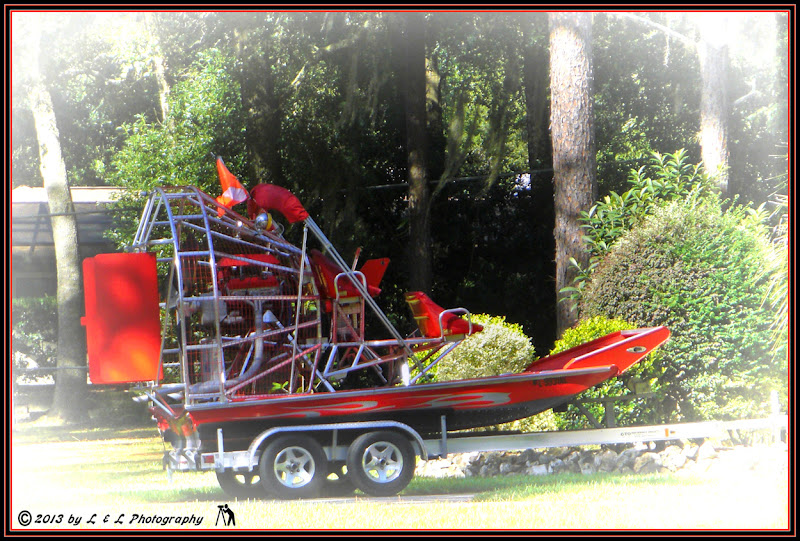 Airboats are ubquitous in Florida as they are so useful for flying on top of low waterways; they are used in the Everglades extensively, but also in bays and bayous along our coasts. Many of them are homemade and others are beat up from hard use. This is one of the nicest I've seen.
Posted by Lowell at 3:25 PM 15 comments: