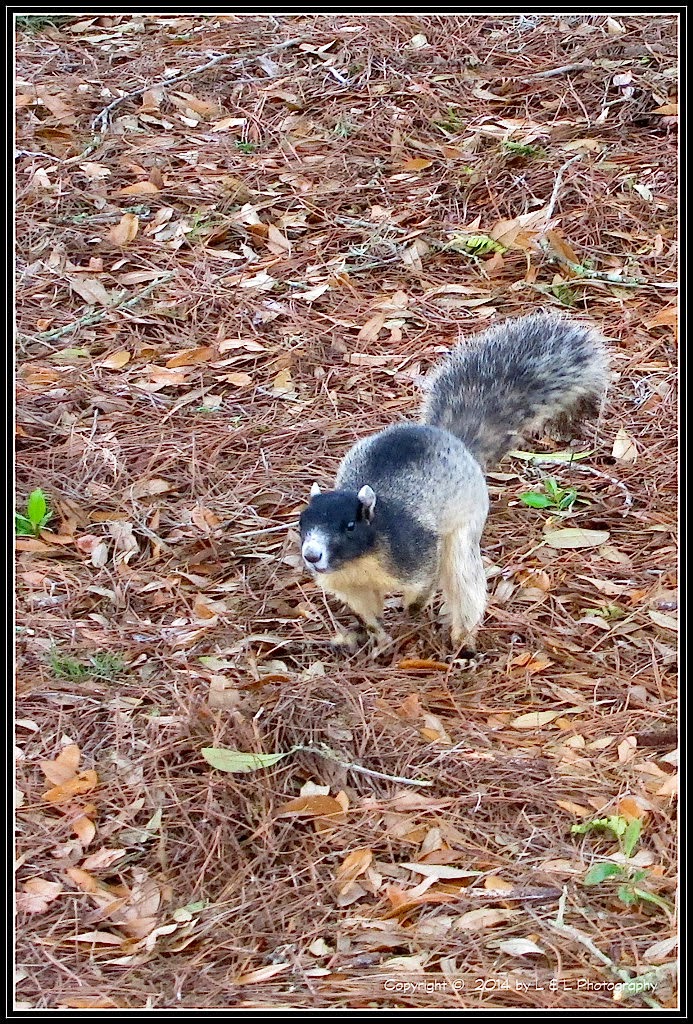 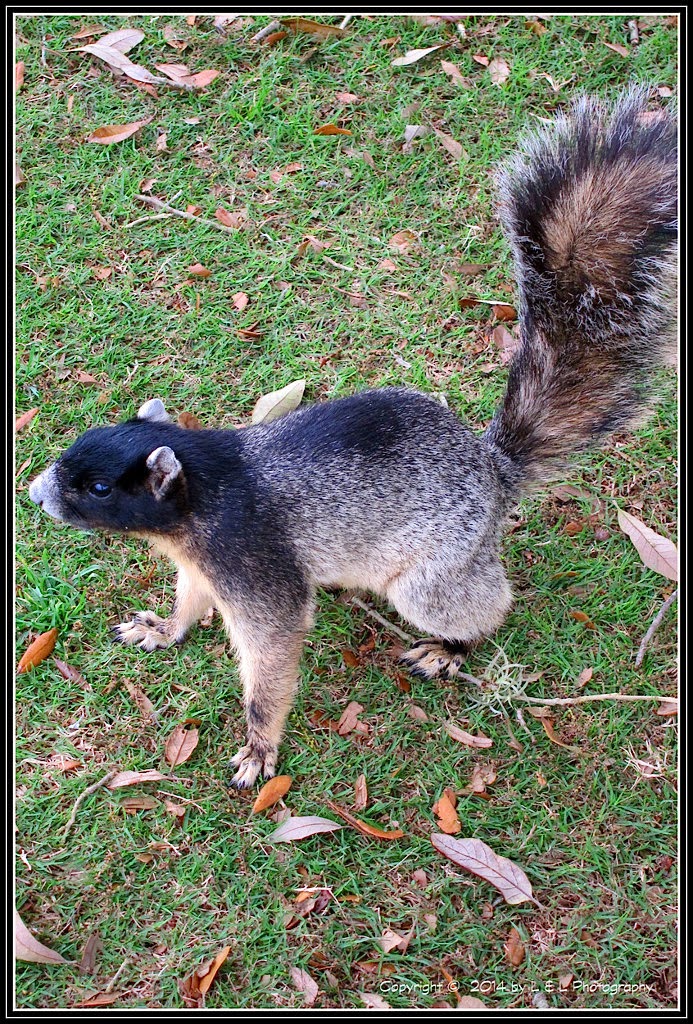 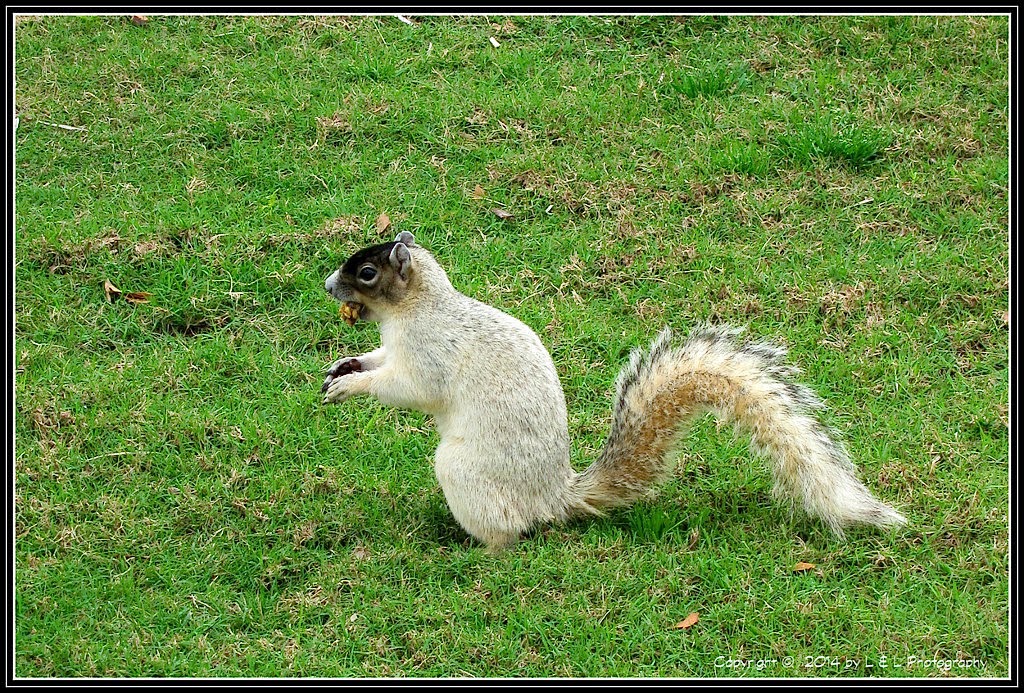 We found these little rascals while playing golf at the Eagle Ridge Golf Course which is south of Ocala toward The Villages.

Evidently, folks who normally play this course feed these squirrels as they were less intimidated by humans than usual.

The squirrel in the first two pictures saw me stop and get my camera out, so he ran over to the golf cart and actually stood up to beg.  But he didn't remain still long enough to get a good shot.

As you'll note, these squirrels have many different color variations.  Some are almost black. The squirrel in the last photo was quite persistent that we give him something to eat and eventually we offered him a piece of a protein bar which he put in his mouth and and then posed for the camera.

A little while after the squirrel encounter we noticed that a protein bar was missing from our cart. Then we saw a crow fly off with the bar in its beak. Friends in the other golf cart reported the same thing happened to them.

Ooohh, these are ugly cusses. The word "squirrel" provokes immediate cursing from me. Kinda like the word "pigeon."

Our squirrels here don't have anything like that kind of colour variation. They're black, dark grey, or brown.

I occasionally see squirrels used to getting a bit of a treat from passersby. They'll usually approach as I'm walking by eating a chocolate bar. I'm not sure if chocolate's good for them...

I've never seen squirrels like that before. Nice shots.

I've never seen anything like them! Unlike Jack, I only cuss for pigeons...

I like their colours. It's a pattern that is not seen in my neighbourhood.

Seems like they are working in tandem with the birds, the squirrels distract you while the birds make off with your food!

No wonder you like golfing so much. It's not just a game it's a struggle for survival!

I guess I'm going to say the opposite from Jack. I think they're cute, and I've never seen squirrels of this color. (It's me, "Bibi"--changed my photo.)

Nice 'portraits', I have never seen squirrels like these!

Those are new to me too! I guess they are well-fed.

Beautifully captured!!
So the squirrels and the crows work as a team!!

I guess these are tropical critters. I've never seen the likes of them, either. I worry when I find wild animals so accustomed to humans. They start losing the smarts to take care of themselves, though from the sound of it these seem to be surviving all too well.

Squirrel and Crow in cahoots. Must be. MB

Animals can be very aggressive these days. I remember our cart being raided by a family of racoons in Toronto. A crow is a little less worrisome!

Cute animals, (at least in the photos), I've never seen squirrels like these!

They are beautiful, never saw squirrels like that!!! Very nice portraits.
Léia