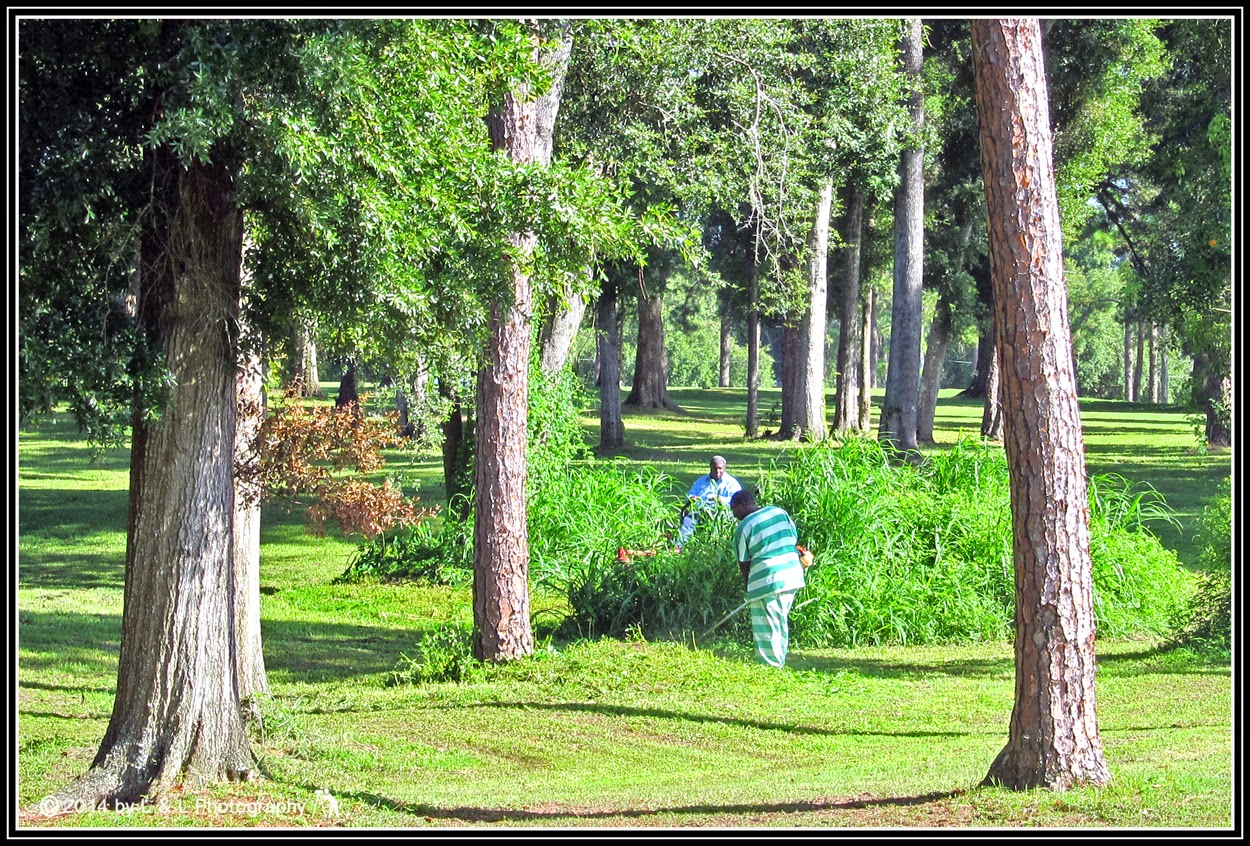 [Today is Theme Day.  The theme for December is "Worker" or "People in the Workplace.  For other contributions to the theme, click here.]

[Frankie and Johnny, Copyright 1981 by the Hal Leonard Publishing Company]


His name isn't Johnny, it's Joseph Martinelli. Actually, he'd been born Joseph Johnson, but his mother remarried when he was three (an Italian guy) and so he became a Martinelli. None of that would have made any difference except for the fact that in his teens he'd been recruited by a gang, the Blackstones, that specialized in burglary and extortion, and while he had a juvie record for attempted car theft and shoplifting, he'd never done any time.

Joseph was a black man, but light-skinned. His hair was dark and wavy.  He was big but in good shape. He was perfect for his role in the gang. With the name Martinelli he could pass as an Italian in most situations. Fortunately, for Joseph, he was exempt from a lot of the "dirty" work. He did not go along on the burglaries or attempts at extortion. He called himself the CFO of the Blackstones.

The cops knew many in the Blackstones, but, Joseph thought mistakenly, he had not appeared on their radar. Joseph's main job was to pawn the stolen goods. He checked serial numbers, altered serial numbers, located and destroyed other identifying marks on the swag.  He loved the word, "swag," and used it ever since he first heard it in an old black and white gangster movie.  With his computer skills, he could quickly determine an item's value.  He also handled the money coming in, using several different banks and ID's to allay any suspicion.  He was honest, in a crooked sort of way, and loved the irony in that.

When Joseph dressed up, he looked like an upstanding young attorney or businessman.  He didn't set off any red flags with the pawn shop people. He put together a series of disguises and with enough time between visits, he was able to enter a pawn shop as a different person with different ID's and no one was the wiser.

While he'd never finished high school, he was smart. He never hit the same pawn shop more than once a year, which meant he had to travel but he liked to get out and about and breathe fresh country air.  But, as they say, the best-laid plans of mice and men...and one day Joseph's plan fell apart.


He'd decided to try a new pawn shop in a medium-sized central Florida town to pawn some jewelry the gang had stolen a few days before. The swag included a couple of diamond bracelets, a gorgeous engagement ring, a few gold earrings, and a man's 18 karat gold pinky ring.   They were clean with no unusual identifying marks.

He strolled into the pawn shop, big smile on his face, and started looking around.  He wore a gray, three-piece suit with a vest. His white shirt was clean and newly starched, set off by a red and black striped tie. His black loafers gleamed.  He moved slowly.  No need to appear rushed or too eager.

"Can I hep you?" asked the clerk with a soft Alabamy accent. He was a skinny little runt, about 35, with rheumy eyes and alcoholic nose. His Levis were falling off his hips and his tee shirt was spotted with old food stains.  He was chewing gum.

"Well, I hope so," said Joseph, pleasantly.  "My wife and I are planning a little cruise and we need some cash for the ride."

"Well, let's see what ya got. My name's Joe, by the way."  His oscillating jaw made little smacking noises.

Joseph took out the jewelry which was neatly wrapped and packed in a small box. He set the box on the counter, opening the cover so the clerk could take a look. Then he made his first mistake. "Joe, huh? I'll be darned, so's mine! What's your last name?" As soon as he said it, he knew he'd blown it. He needed to leave.

Very calmly he said, "Ah...look... I'm sorry, but I just remembered I've got an appointment downtown. I'm going to have to go, but I'll be back later.

Joe the clerk cocked his head to the left. "That so, huh?" His voice went a couple of notches higher and a tad louder like he was talking to someone else. "Okay, well I'll see you when you get back."

As Joseph turned to leave, and just as he reached back to grab the jewelry on the counter, two cops came through the front door. His first reaction was to run and he looked for an escape only to see a uniformed cop emerge from the back room.

"Hey, Martinelli!" said the lead cop, a plain clothes guy.  He was huge.  Jesus, Joseph thought, he looks like he stepped out of a 30s movie! A battered brown suit at least one size too big, a shirt more or less white, a tie askew and scuffed brown shoes. He even wore a hat perched on the side of his huge head.

"How you been doing, boy? We been looking' for you!"

"What are you talking about? Who are you? What do you want? I haven't done anything wrong? And how did you know my name?"  Crap!  Big mistake number two! The ID he was using today said he was Jonathan Drake.

The other cop wore a uniform with sergeant stripes. He was tall, too, but quite slim. His face was ruddy and blotched and a toothpick stuck out from the side of his mouth which made him run his words together.

"Mr. Martinelli, we know lots about you," he said.  "We been following you a long time. We know you're the bag man for the Blackstones."

The cop grinned.  "A little birdie told us."

Joseph racked his brain.  The only person to whom  he had mentioned this trip was a guy who asked to sit at his table at Starbucks the day before.  He may have...yes, he did mention he was coming down here on a sales trip in the course of their conversation.  Damn!  He should have known!  The guy looked like a biker with black jeans, beard, tee shirt with the sleeves cut out, and a tattoo - of a bird, a big red bird! - and he was way too friendly!  He couldn't believe it!  He'd been conned by an undercover cop!

Joseph realized he was still holding the box full of jewelry.  Casually, he started to slip it into his pocket but the uniform said, "Nah, Martinneli, you can't do that. Give it here. We think we know who this belongs to."

Feeling the presence of the third cop behind him, he handed over the box and the cop covered it with a clean white cloth. The cop smiled. "Gotta keep the prints clean, ya know, so's we can check 'em. I'll bet they match the ones in your juvie file!"

"Now step up to the counter, place your hands on the top and lean forward. You know the drill."

"Ah have a feeling, Joseph, that we're gonna solve a number of crimes today," said the plain clothes cop. "What do you think? I'll even bet you got yourself another name today, right?"


Joseph didn't respond but did as he was told. He was not a violent person.  And he didn't want to go to jail.  Florence, his girlfriend of over a year, was going to be furious. He had promised to give up the life and find a real job. She'd probably throw him out and then what was he going to do?

He couldn't go home as he'd had a big fight with his stepfather who had proceeded to banish him ... forever, he had said!


The Blackstones came up with his bail, and Florence said he could stay with her until he saw a judge, but he sure as hell better change his ways or hit the highway!


Fortunately, when his case came to trial a month later, he got a lenient judge who wasn't swayed much by his juvie record.  He noted that Joseph was not a violent offender and probably not a danger to the community, but thought Joseph might profit from a bit of jail time.  After all, he HAD been involved with a number of burglaries.  The judge sentenced him to six months in the county lockup and five years probation.

Within two weeks, Joseph had ingratiated himself with his keepers at the country jail and was offered the chance to do some outside work for the benefit of the community.  He was also warned that if he should decide to try to make a break for it, he would pay a very severe penalty; might even get shot dead!


And that's why he was trimming bushes on the municipal golf course on a warm October day. He hated the damned green and white striped outfit he had to wear, but it sure beat sitting in a cell. And it gave him time to think. He wanted to get back with Florence, so he would have to be much more careful in the future and work with pawn shops far away from home.

He realized he'd been daydreaming when he heard the boss yelling at him. He moved on to the next bush.
Posted by Lowell at 4:30 PM

Creative writing! They actually do this with certain convicts?

Creative indeed, Lowell, and they never learn, do they??? Hope you have a great new week!!

Another good one, Lowell! You are some fun with these story posts! ;-)

I guess Joe could get a job as a gardener once he gets out of jail.
(It was a fun read, Lowell.)

Big improvement on the chain gang!

a small exit in the sun
but they have to work

Good find, Lowell.
Prisoners at work, what a choice! :-)
Your stories are fascinating.

A novella---but interesting and he certainly is a 'worker'.
Then again you seem quite familiar with his role. MB

A couple months ago I saw a prisoner out with a chainsaw in a State Park. I was wondering if that was a good idea to give a prisoner a chainsaw.
I am enjoying your stories!
Sharon sent me your note. Thanks, I had been wondering.

Very creative. Read it all the way through, and definitely better than average for Theme Day.

I have to come back later to read the story, but I like your take on workers for the theme day. Not all prisoners are bad people, they've just made mistakes.

What a sad story! But maybe it's better to be working there than a "cage"! Sorry about my poor English, there are some words that I cann't understand the meaning of...Anyway, I need to say I'm delighted reading this post, you write so beautifully!wow :)
Hugs
Léia

A surprise! Your photo really made my eyes open wide. Completely enjoyed reading the accompanying story.

PS: I came back to read the story. I like that it has a fair (and happy) ending. Unfortunately, I don't think the US justice system works this way.