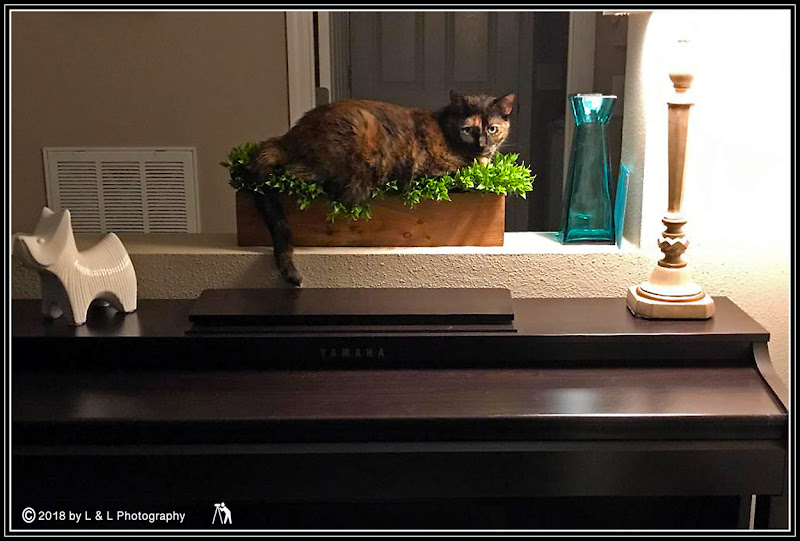 I love this! Cats are such interesting creatures. I think they have a keen sense of what their humans like and don't like and they know just how to push those buttons.

She is an absolute sweetheart.

It's called compromise. The plant is allowed but it becomes her bed when she want to rest. What an adorable and super intelligent feline. She plays you like a fiddle. :)

Owning cats is interesting for sure! Cassie is a beautiful kitty!

Somehow or other that girl is going to claim your plants as her own! When the boss of the house wants something that bad... might as well give in !!

Oh that Cassie is one determined pussy cat ☺

You cannot predict a cats behavior---so true. But we put up with cuz they are so felinish
MB

What a silly kitty! She looks a lot like my Pandy who lived with our family when I was a little girl.