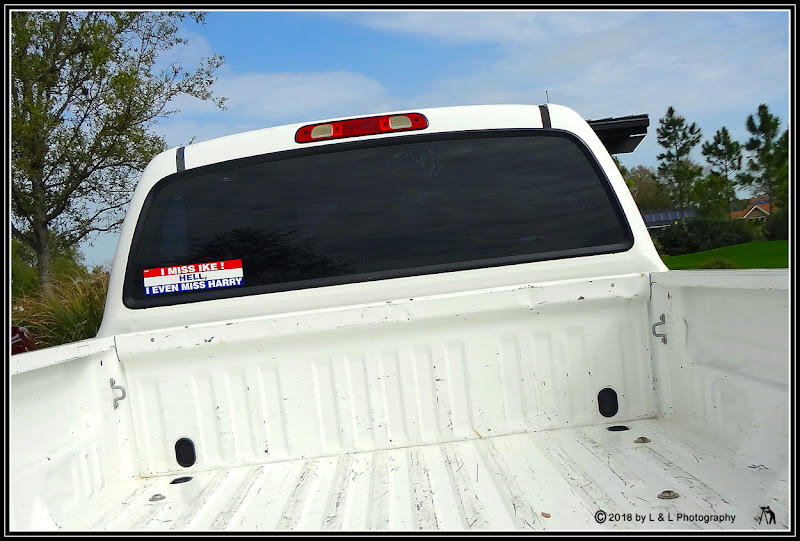 I'm old enough to remember President Eisenhower and know that today's Republicans wouldn't give him the time of day. His biggest mistake was to opt for interstate highways instead of rail transportation. But he was basically a good person which we cannot say about the current occupant of the White House.

And hell yes, although quite young, I remember Harry Truman. He was feisty and yet did not beat up on people who were poor or different than he was. He didn't take any guff and when a certain general gave him a problem, like wanting to take the Korean War into China, ol' Harry relieved him of his position. Harry knew that to fight a land war against the Chinese was irredeemably stupid!

I would take either of these two over the orange-headed monster in Washington who oozes evil and terrorizes the world with his crackpot ideas and monumental lies.

You have seen a lot of history. Interesting as to what the legacy of a president becomes. Now that you mention it. I do recall that Eisenhower built the interstate system. Wonder who the "I like Ike" person is!

Remember seeing Ike in person, we waited about an hour on the sidewalk. His motorcade drove past at about 50 mph. It was an anticlimax. Harry Truman use to take daily walks with the press where they had informal access to him. It was a different time, but then most of the threats to the nation were external, not internal.

America had a string of great presidents in that era- FDR through Ike.

I have a copy of Eisenhower's book Crusade In Europe, about the Second World War. His voice really comes through clearly. There were really only a handful of people who had both the skill set and the personality to be Supreme Commander, and he was one of them.

I vaguely remember when you had Ike but have only heard of Harry and know nothing of their politics. Anything would be better than what you have going on down there now.

He surely is a menace to the world. A bully who can dish it out but can't take it. I'll give him a flush for a salute!

I vaguely remember Ike and yes, he certainly was a different Republican than the ones we have today. I like Bill's idea of a salute to the orange disaster I like to call "cadet bone spurs".

Heck, even Bush 2 is starting to look good by comparison. And I never thought I'd say that.

Tell us how you really feel!!!!
I remember Ike.... I think.... but growing up in England, those former presidents were just names in the news to me, not real people.

I just wish Obama could have had another four years, he was such a gentleman. Hopefully soon, very soon the US and the world will be rid of #45.. a person can hope right 😀

yes for sure. Honest to god, there's even been some presidents that came along after I was old enough to vote for whom I did not and still would not vote but I would even take any one of them over what we have now. Every time you think it couldn't get an worse.... it does.

BTW, we have friends and family who think we should have chosen Florida instead of Oregon as our residence state since Florida could have used our votes. (Oregon being fairly safely blue.)